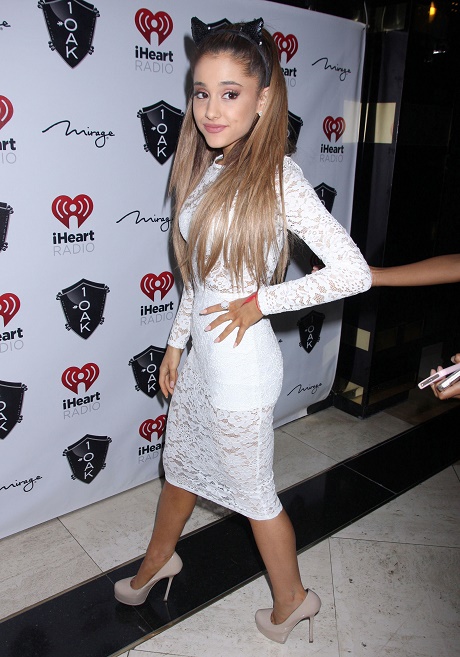 Ariana Grande has been getting some incredibly bad publicity as of late, most of which surrounds the possibility — and great likelihood — of her being one of Hollywood’s most demanding and unapproachable divas. Even industry professionals have come out to say that she’s unbearable to work with. She’s also been compared to Mariah Carey, one of the most notorious divas of them all. While Ari has tried to debunk the rumors with tweets and statements rooted in peace, love, and sunshine, most people just aren’t buying it.

But what does her older brother, Frankie Grande, recent contestant on Big Brother 16, have to say about the rumors? TMZ ran into Frankie at Eleven Bar & Nightclub and he, of course, said that she’s not a diva. But if you watch the video, he seems to get a little flustered. OMG HAS ARI BRAINWASHED HER ENTIRE FAMILY WITH HER DIVA CRAZY MIND POWERS? It’s always a possibility. He says, “I think she’s perfect in every single way.” Um, okay.

During the BB16 game, Frankie himself exhibited some dramatic behaviors, which led many to believe that the diva gene runs in the Grande family. What do you think about the recent rumors surrounding Ari’s possible diva nature? Leave your thoughts in the comments section below, and don’t forget to watch the video below of Frankie getting kinda weird when asked if the rumors about his sister are true!