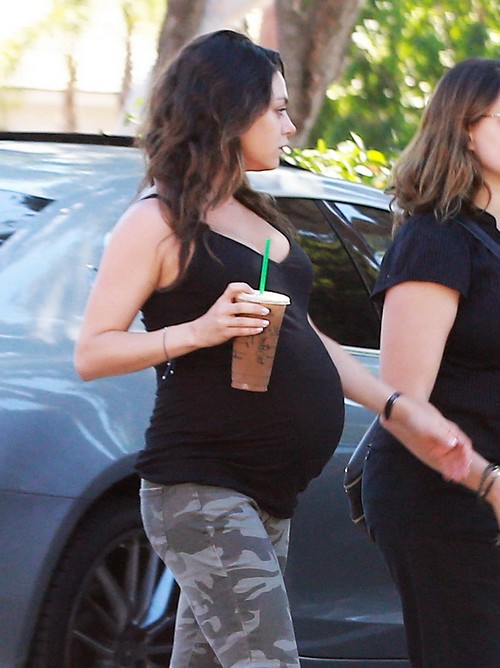 Ashton Kutcher has somehow stayed faithful to Mila Kunis since he began dating her, which is a miracle in itself if you look at his relationship history. Some people claim that it’s because Ashton is truly in love with Mila, but we’re firmly of the belief that a leopard doesn’t change his spots. Once a cheater, always a cheater, no?

There’s no questioning that Ashton cheated on Demi Moore, and not just once but plenty of times. There was enough evidence to sustain the image of Ashton Kutcher as a philandering husband, even though he was the one who broke up with Demi in the end. Granted, he moved on to Mila Kunis fairly quickly after that, supposedly because it was ‘true love’. But now that Demi is reportedly back in their lives, will that make any difference?

What? Oh yeah, Demi’s supposedly hanging out with Ashton again, according to reports. Although these reports claim that Demi has totally put the past behind her and just wants to be there to support Ashton during Mila’s pregnancy, I’m having a hard time believing her. Demi Moore had a complete meltdown after she divorced Ashton Kutcher, so you’re telling me that she’s just gotten over it? Demi hasn’t had a single steady relationship since that divorce, so excuse me if I don’t believe this. It’s likely that Demi has ulterior motives in spending time with Ashton again, even if she doesn’t actually admit to it. And while I’d like to think that Mila Kunis has changed Ashton Kutcher for the better, I still don’t believe that a cheating husband can change his habits so easily.