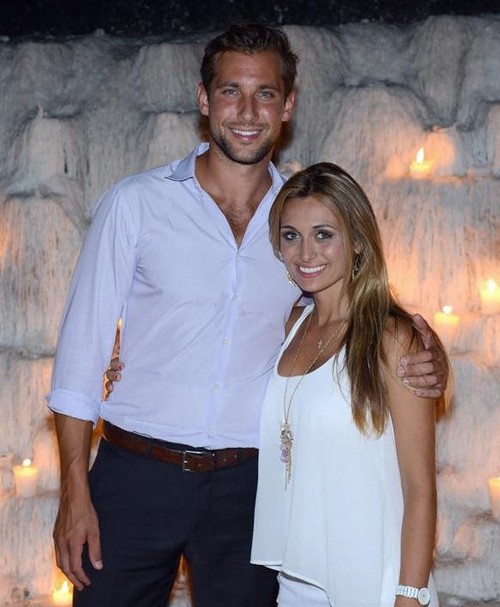 Bachelor in Paradise spoilers tease that an all new episode 5 is set to air Tuesday August 26 on ABC. Some creative editing on behalf of the Bachelor in Paradise producers, and a sneak peek of the all new episode features an ambulance arriving, one of the women crazily running off in to the jungle, and Graham Bunn walking out on the rose ceremony. Fans assumed that all hell was breaking loose because of AshLee Frazier’s meddling in Clare Crawley and Zack Kalter’s relationship, but it turns out that isn’t the case at all. Check out our detailed recap of the Bachelor in Paradise Episode 5 show right here!

According to Bachelor In Paradise spoilers from the infamous blogger Reality Steve, all hell does break loose, but it has nothing to do with Clare and AshLee’s fight. Have you ever heard the old saying “Don’t drink the water in Mexico?” Well, apparently it is very true, and some of our favorite Bachelor and Bachelorette alums didn’t take heed. The reason all hell breaks loose during the rose ceremony is because several members of the cast suddenly fall ill.

Bachelor in Paradise spoilers tease that Graham Bunn doesn’t walk out on the rose ceremony because he is upset with AshLee Frazier, he walks out because he is suddenly ill. And, the crazy woman running through the jungle? It’s not AshLee Frazier, it’s Lacy Faddoul. And, she’s running from the camera crew because she doesn’t want them to catch her throwing up on camera. The ambulance we seen arriving in the Bachelor in Paradise spoiler video, has nothing to do with any fights between the cast members. Emergency crews are called because members of the cast are dropping like flies, and vomiting all over.

So Bachelor in Paradise fans, are you disappointed to learn that all of the drama in the spoiler video is from a stomach bug? Do you think that after all is said and done Graham will accept AshLee’s rose at the rose ceremony? Let us know what you think in the comments below and don’t forget to check CDL tomorrow for more Bachelor in Paradise spoilers.