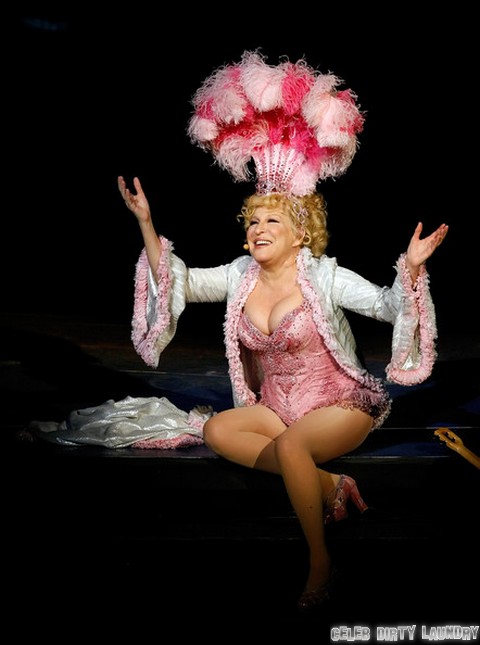 Bette Midler doesn’t take crap from anyone, especially all those idiotic youngsters populating the music scene nowadays. That includes diva Ariana Grande, sole proprietor of idiotic youngsterville in the music industry. Actually no, there’s plenty more than join her in earning that honor, but Ariana Grande is definitely up there. In fact, she’s made such an impression on Bette Midler that Bette has decided to call her out in an interview with the Telegraph.

Bette Midler explained, “It’s always surprising to see someone like Ariana Grande with that silly high voice, a very wholesome voice, slithering around on a couch… Looking so ridiculous. I mean it’s silly beyond belief and I don’t know who’s telling her to do it.” She gives these same youngsters some sound bit of advice, adding, “Trust your talent. You don’t have to make a whore out of yourself to get ahead.”

Well, the default setting for female artists nowadays seems to be slutty and revealing, which is unfortunately perpetuated by the continuing stereotypes in the music industry. However, Ariana Grande’s problem is much more than just her ‘slithering around on a couch’. Her reputation is in tatters after her diva behavior started going viral, and our sources tell us that her behavior has gotten to such a point that people don’t even want to work with her anymore. And it’s Hollywood, which usually means that the scumbag executives are willing to work with ANYONE. In fact, one particular source tell us that Ariana has requested that all her food and water comes from a separate venue, not to be mixed in with the plebeians’ food and water. She thinks she is SO high and mighty that she literally deserves another venue for sustenance. So Bette Midler might have called her out for creating double standards for women in the industry, but Ariana’s behavior is going to be what causes her self-implosion.