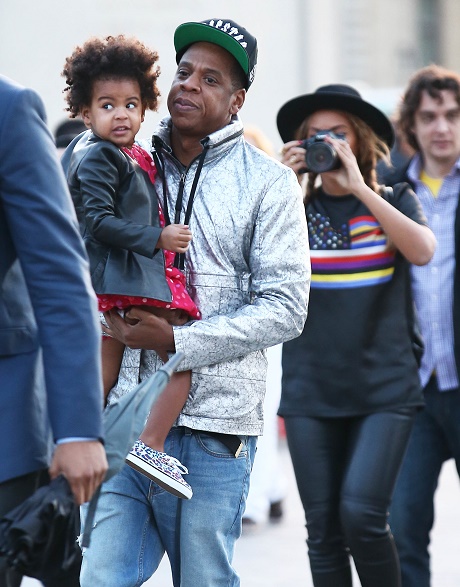 Perhaps the Jay-Z & Beyonce marriage, which has been rumored to be on the rocks for a while now, has been saved by an alleged collaborative album. They are reportedly working on a top secret album together, which marks their second collaboration in just six months. Jay-Z and Beyonce have just wrapped up their On The Run tour, and they’re already raring to jump into another project together? That, too, just weeks after their divorce rumors finally died down? Yeah, there’s more to this story than we’re hearing.

So far, Beyonce and Jay-Z have gone through a maelstrom of media speculation over the past few months, all beginning with Solange’s infamous attack on Jay-Z at that MET Gala afterparty.

That then led to the dam breaking open, and the Beygency came crashing down. Every source that had stayed quiet over the last decade started talking, and the floodgates stayed open. We found out that Beyonce and Jay-Z most likely had an open marriage, that Jay-Z was probably cheating on Beyonce every chance he got, and that Beyonce’s marriage to Jay-Z was mostly a business arrangement. And then we also started to hear that Beyonce was planning on divorcing Jay-Z and getting a bachelorette apartment first chance she got. Except it’s now a few months later, Beyonce and Jay-Z are back together, and they’re desperate enough to start baby rumors.

Plus, they’re now working on a ‘secret’ album together. Either Beyonce and Jay-Z are trying to squeeze every ounce of profit out of their marriage before they get divorced, or they just really enjoy their money. Or both.