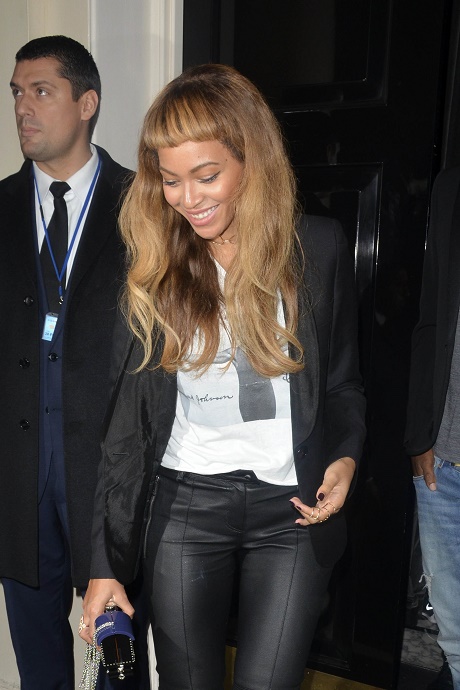 Beyonce and Jay-Z have worked hard to quell the divorce rumors, and it worked – for a while. But once the gate opens, it’s hard to ever close it again. Beyonce and Jay-Z opened that gate after the infamous Solange elevator fight, and it’ll be impossible to go back in time and NOT do it. So even though they’ve tried photo ops, pregnancy stunts, trotting out Blue Ivy, media appearances, tours, leaked stories, and everything else they could possibly think of, the divorce rumors are not stopping.

This latest report comes courtesy of OK! Magazine, who claims that Beyonce and Jay-Z are now fighting over Jay-Z’s weight. Apparently, Beyonce is sick and tired of Jay-Z being overweight and has given him an ultimatum to lose twenty pounds. A source tells OK!, “She’s so over his size and thinks it’s ridiculous that he doesn’t take care of his health. She’s worried about his cholesterol, his blood pressure, everything, and wants him to lose weight urgently. She’s even told him he’s turning her off sexually, just to get him motivated.”

Uh-huh. Well, it’s too late to threaten him with her sexuality, because everybody’s already figured out that Beyonce’s marriage to Jay-Z is business first, everything else second. So as long as they keep bringing in the dough, they’re not going to care about little things like weight, appearances, and all that other jazz. Now, I can imagine that Beyonce doesn’t particularly enjoy Jay-Z being overweight, especially since she works so hard to keep in great physical shape. But again, that’s supposedly why the two had an open marriage in the first place, because they weren’t attracted to each other anymore.

I’m telling you guys – it’s only a matter of time before the money stops being enough and they finally go through with that divorce. Don’t you guys agree? A Beyonce/Jay-Z divorce is, at best, a few years away.