Beyonce and Jay-Z Divorce Coming: Queen Bey Puts Her Foot Down – Reuses Another Pregnancy and Child With Jay-Z! 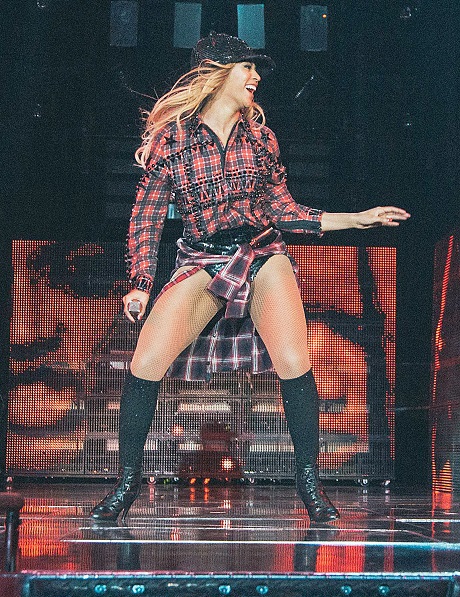 I think that the glimpse of trouble between Jay Z and Beyonce that we have seen in recent weeks is absolutely nothing compared to what is really happening behind closed doors. The couple is about to begin a 6 week tour together and they are attempting to put their problems aside until after that wraps up but it sure doesn’t look like it is going to be easy. According to the June 23rd print edition of Life & Style Magazine, Bey has never been in charge in her marriage. That strong woman that emerges onstage is totally for show and, up until recently, she has let Jay be the boss.

Sources say that there has been a major shift since that infamous elevator surveillance tape went viral (Solange Elevator Attack – CLICK HERE!). Beyonce has been kind of forced to seriously listen to the rumors of Jay’s flirtations with other women — and sweeping things under the rug has gotten a lot harder.

The couple had been in agreement about having another baby but Bey has hit the brakes with that plan. Jay has always joked about wanting a little basketball team; however, he isn’t laughing now…Beyonce is not only standing up to him but flat out refusing to get pregnant again.

Those close to the couple really seem to believe that the writing is on the wall and that once their tour wraps up on Aug. 6th a split will be inevitable. Then Beyonce will be able to stop pretending that all is well for the sake of business and everything will likely come crumbling down around her. Do you think that Beyonce is just biding her time for now and that once her work commitments are out of the way she’ll actually split from Jay? Do you think that a break, at the very least, might be in their best interest?