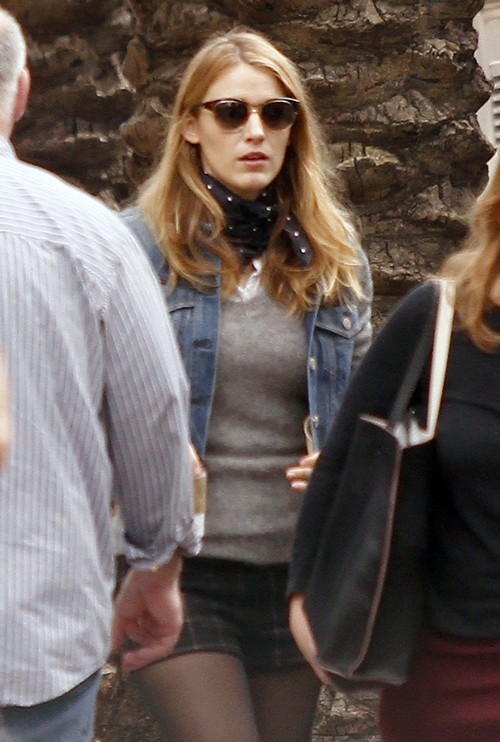 Hollywood is a very competitive place, especially for younger actresses. It’s even worse for actresses who aren’t very talented, regardless of how good they look. Sure, aesthetics are perhaps the most important stepping stone for initial success as an actress, but talent is a requirement for lasting success. Actresses such as Viola Davis and Cate Blanchett prove this over and over again, and unfortunately for Blake Lively, she’s no Cate Blanchett.

CW shows often cast actors and actresses that are very, very pretty, but lacking in acting talent. Sure, there are exceptions, but on the entire cast of Gossip Girl, who was actually talented? I would say Leighton Meester and Penn Badgley, and that’s about it. Blake Lively was definitely the weak link in the cast, but she got by because she’s beautiful and charming, and has a great reputation on set. And all that’s important, but unfortunately, not enough to get you by.

I mean, it’s not like she didn’t milk her momentum for all it was worth. There a period after Gossip Girl ended that a casting list wouldn’t be complete without Blake Lively. She landed the hottest fashion gigs, got on the casting list for the most competitive jobs, and became a Superhero’s girlfriend. But cut to a few years later and what do we have left? Her contemporaries are actresses like Jennifer Lawrence, Emma Stone, Mia Wasikowska, and Carey Mulligan. All of them have indie cred plus street cred, and all of them have genuine talent, which isn’t easy to replicate or pretend.

Anyway, Blake smartly took a break after getting married, and then decided to rebrand herself. Now, she’s finally got a new role – Age of Adaline, costarring Harrison Ford and Ellen Burstyn. Before jumping to conclusions about the quality of the project, keep in mind that neither Ford nor Burstyn have been particularly discriminating with their projects lately. And for an actress that was at the top of all those casting lists a few years ago, landing one movie in all this time has to be perceived as a disappointment. So then, enter the whole lifestyle company. Blake will be starting a company very similar to Gwyneth Paltrow‘s Goop, although I’m not able to understand why she thinks this will help her. Is she that desperate for money? Is all that syndication cash from Gossip Girl not helping? Or does she think this will help her land roles?

Either way, she’s always had to rely on the men in her life to help her with her career. First, it was the Ben Affleck connection that landed her the Town, over actresses much more qualified than her. Fine, she was passable in that movie. But then, her supposed connections to industry bigwigs landed her on all those casting lists, almost none of which actually panned out. And now, she’s married to Ryan Reynolds, and riding his coattails to more roles. Good for her and all, but if she really wants to be known for her own talent and not as Ryan’s wife, she should think about a different approach.