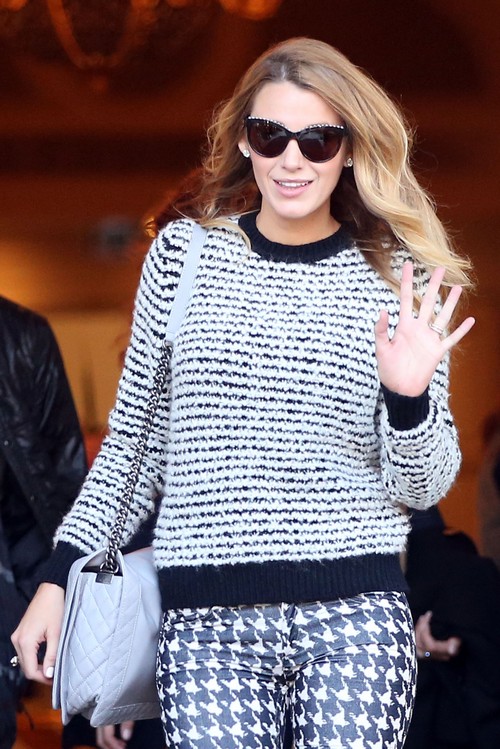 Blake Lively may have dropped off the acting grid for the better part of two years, but she’s trying her best to make a comeback. The Hollywood Reporter claims that Blake has dropped her management team, which includes her agents at CAA.

I’m not really sure why Blake’s changing her agents, since they did a heck of a lot more for her than most other agencies would have. I mean, let’s not pretend that Blake’s some crack shot at acting, even though the girl has some major hustle. We were hearing of her name up for every major female part in Hollywood a year ago, from Batman to Gravity to The Great Gatsby. The fact that she even landed a lead in a DC superhero movie speaks tons to her hustle and her team’s hustle, and her career stalling can only be attributed to her.

While I’m sure she probably wants us to think her career break is by choice, it’s more likely that she’s waiting for better projects and not willing to settle. The fact that she had so many opportunities after Gossip Girl ended is solely due to her agents and her ability to get herself out there, and the fact that she failed is due to her lack of talent. I mean, she was fine on Gossip Girl and she was better than a lot of other actors on the CW, but it’s just not enough to compete in the big leagues. Nowadays, having the looks isn’t enough, not when you have actors like Carey Mulligan, Mia Wasikowska, and Jennifer Lawrence to compete with.

So Blake will try to get new management, people who will probably promise her that they’ll get her back on the A-list radar. But if CAA couldn’t make her a star, I doubt anyone else has a shot. Sometimes, it’s not about agencies or management, it’s about talent. And while Blake is a great model and a great fashion figure, it’s just too competitive in the 20s to 30s actress department for mediocre acting ability.