The Bold and the Beautiful Spoilers: Oliver Is Tricking Aly – Wants Forrester Wealth and Power – Is It True Love? 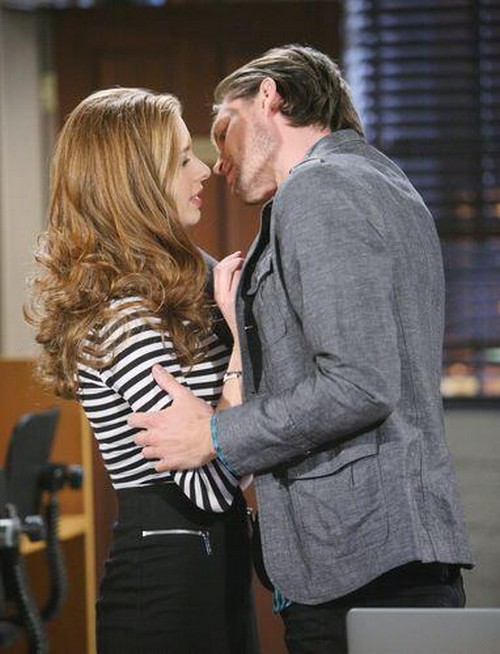 The month of May is about to quick off, and soap opera fans know that mean tons of insane and shocking storylines coming up on our favorite daytime dramas just in time for ratings sweeps. But, are one of those upcoming storylines going to include Aly Forrester getting her heart broken on The Bold and the Beautiful?

Aly Forrester recently began an unexpected relationship with Forrester Creations company photographer Oliver. This is Aly’s first boyfriend, and the young teen is very inexperienced and naïve when it comes to relationships. She appears to be absolutely smitten with Oliver, and in her eyes the Casanova can do no wrong. Maya disagrees though, and she is certain that Oliver has ulterior motives when it comes to Aly Forrester, and she may be right.

Aly has been seeing Oliver for a grand total of a week, and she is already falling for him head over heels. Behind closed doors Oliver implies that he is falling for Aly too, but there is something a little off with their relationship. He doesn’t want anyone to know that it exists! Aly, being the young and naïve teen that she is, doesn’t realize how strange it is that Oliver doesn’t want her to share the news of their new-found love with anyone. Also, it doesn’t help Oliver’s case at all that he was nearly fired this month by Ridge Forrester, dating a Forrester could definitely mean job security for the photographer.

Aly Forrester is a little nutty, but Oliver seems to be just what the doctor has ordered. Since she began her relationship with Oliver she seems to have reigned in the crazy a little bit, and put aside her anti-Wyatt campaign. But, Aly could fall off the wagon just as fast as she hopped on. And, if Oliver betrays her and it is revealed he was just using her to climb the company ladder then Aly will surely fall off the wagon.

What do you think Bold and the Beautiful fans? Is Oliver using Aly to secure his job at Forrester Creations, or does he genuinely care for the troubled teen? You have to admit, it is strange that he wants to keep their relationship a secret! Let us know what you think in the comments below, and don’t forget to check CDL tomorrow for more Bold and the Beautiful spoilers and speculation.