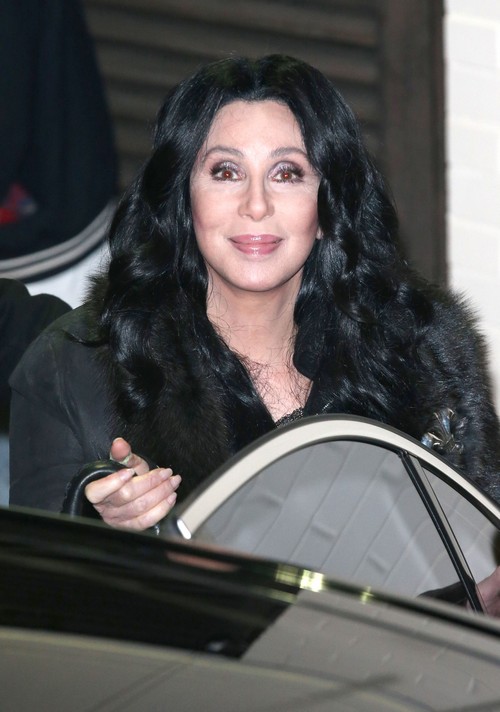 Oh boy. I have to admit, the thought of Cher hooking up with Bruce Jenner scares the crap out of me. Apparently the two have actually been really good friends since the mid 1980’s and it’s a friendship that has gotten even closer since Bruce split with Kris Jenner last year. The two have only gotten closer since Cher has ventured out on her current tour and according to the May 5th print edition of Globe magazine once Bruce is truly available and his divorce is settled she would love to date him.

Cher has always had a crush on the Olympic champion and she is even a fan of his longer hair because it reminds her of Sonny Bono’s do’ from years ago. Obviously Cher has heard all of the rumors that have been circulating about Bruce and his sexuality. It seems possible that he is indeed in the process of completing gender reassignment surgery and we do know for sure that he has had a laryngeal shave and might be taking some sort of hormones.

Supposedly Cher simply accepts Bruce for whomever he chooses to be but if he does become a woman do you think she’ll still be hoping for that romantic relationship? I mean this woman in her heyday was considered a maneater and she always seems to be on the prowl for another boy toy. Maybe she thinks that her relationship with Bruce could somehow prevent him from becoming a woman? Can you imagine Cher and Bruce actually hooking up or do you think that this is a friendship that will never cross any other lines? Tell us your thoughts in the comments below!