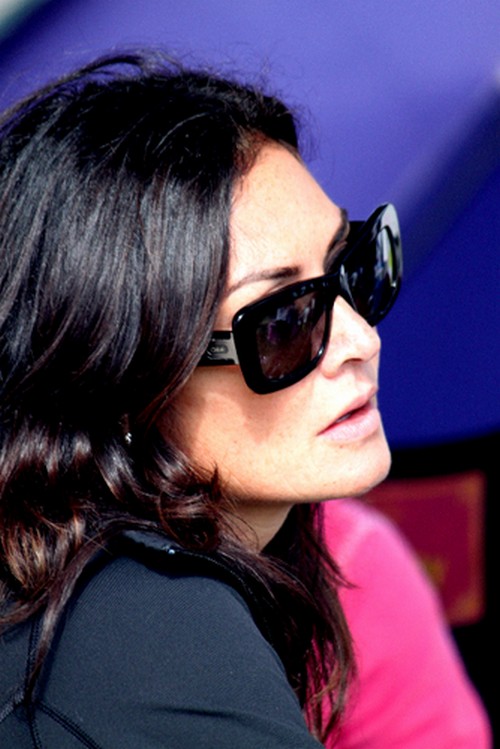 Bruce Jenner has proven time and time again that he doesn’t care about Kris Jenner, but here’s some proof to support that. Guess who Bruce Jenner’s new girlfriend is? That’s right, none other than Kris Jenner’s ex-assistant and best friend, Ronda Kamihira. In other words, Bruce Jenner is basically sending a giant f*** you to Kris Jenner, but is that surprising? The woman basically trapped him in a loveless marriage for two decades, and then tried to blackmail him into staying with her.

However, Bruce Jenner finally grew some balls [figuratively, since he’s actually going in the opposite direction] and left Kris, and ended up going through with his sex change. Plus, he started seeing Ronda Kamihira last month, and the two were spotted on a date at an Elton John concert on October 4th. The two have reportedly been in contact for the past few months, even going on vacations together to Mexico. Basically, Bruce is making his new relationship as public as possible, all in the hopes that Kris would find out. And find out, she did.

Kris Jenner reportedly found out about the news this month, and People Magazine claims that she was ‘devastated’ and ‘shocked’ by Bruce Jenner dating Ronda Kamihira. It’s been a year since the divorce, Kris can date as many boy toys as she wants, but her ex-husband can’t get into a relationship? Sure, it’s with Kris’ [probably ex] best friend, but with the Kardashians, it’s always been fame and fortune over family. Bruce is just following Kris’ playbook on that, so she really doesn’t have any right to be angry. Of course in an interview Kris claimed she just wanted Bruce to be happy! As if.