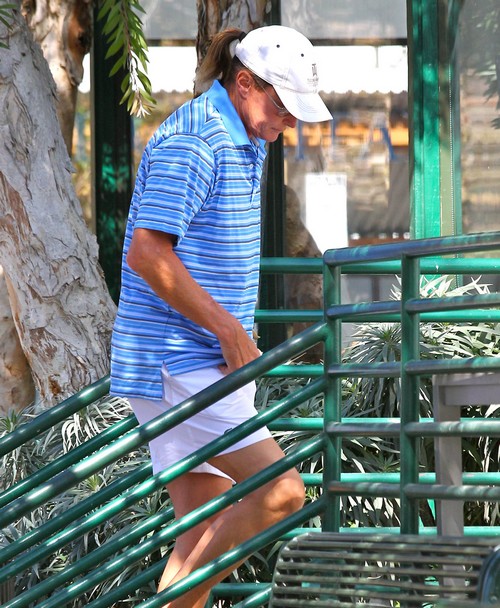 Bruce Jenner waited nearly 20 years before completing his sex change and transgender transformation to a woman – first he had to divorce Kris Jenner, according to a new source. Bruce was stuck in that prison of a Karsashian marriage and family for the past two decades, having been tied in holy matrimony to Kris Jenner for so many years and having fathered two children with her. Lucky for him, Bruce managed to get out of said prison by divorcing Kris, and basically not giving a crap about what Kris and his family are saying or doing. Bruce Jenner went completely off the grid after his divorce was finalized, packing his bags, leaving the Kardashian home, and staying in his Malibu mansion. In other words, he’s washed his hands of the Kardashians, something he’s reportedly been waiting twenty years to do.

A Kardashian family insider has been spelling the beans to Radar Online, explaining that Bruce Jenner’s sex change has been twenty years in the making. In recent months alone, we’ve seen Bruce shave his Adam’s apple down, wax his body, grow his hair, clear his skin, and basically start resembling a woman. However, this insider claims that Bruce has been wanting to get a sex change for the past two decades, explaining, “When I met Bruce I thought he was a girl. He acts like a girl, walks like a girl. He’s a girl. I thought he was ready for a new change. I think he was getting ready for a change of sex.”

Unfortunately for Bruce, the transgender thing just never happened. What did happen instead was that he ended up getting married to Kris Jenner, which more or less ruined his plans. He had to go procreate with Kris, and get sucked into her never-ending famewhore plan for taking over Hollywood. He had to be a father to his children, help Kris launch an empire, be a pawn in her emotional machinations, and basically be an ornamental sitting piece in the Kardashian dynasty. No wonder he got sick of it, even if Kris refused to let him get a sex change. Bruce Jenner is finally free, and he’s taking advantage of the fact to do what he’s been waiting twenty years for: become a woman.

Reality star Bruce Jenner stops to get a coffee at Stabucks in Malibu, California on October 6, 2014. Bruce has recently been battling rumors that he interested in getting a sex change! FameFlynet