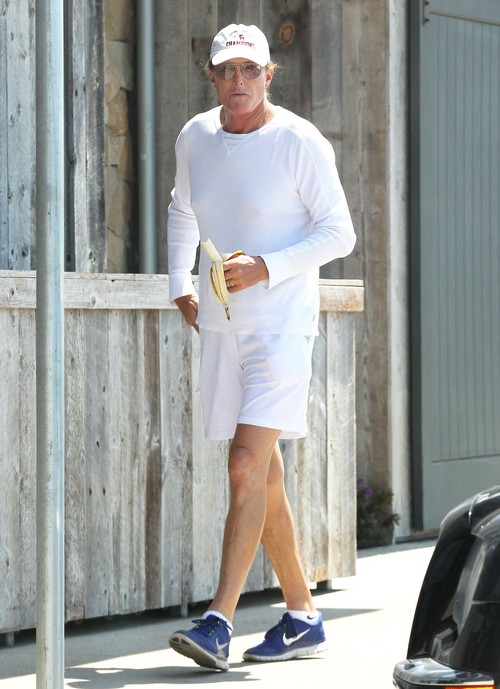 Bruce Jenner’s sex change involving shaving his legs, wearing spanx, a laryngeal shave, and much more has triggered Kris Jenner to file for divorce from the gold medal winning Olympian, allege some gossip sites. Yes, Kris Jenner has officially filed for divorce from Bruce Jenner. RadarOnline allegedly has a copy of the documents which cite “irreconcilable differences” as the reason for their split. Kris Jenner filed without a lawyer, the site said, and Bruce will be filing his response on Monday. Kris wants joint physical and legal custody of their daughter Kylie who is only 17. Kendall is 18 and can do as she pleases.

The woman who pimps out her daughters and calls herself a “momager” also requested to keep her own jewelry and all assets from the date of separation. The couple will divide everything else later. Kris and Bruce got married in 1991, just one month after Kris divorced Robert Kardashian. The couple have been officially separated since June 1, 2013.

What could be the reason that Kris has filed for divorce? Is it the rumors about Bruce Jenner having a sex change? Bruce has reportedly shaved down his Adam’s apple, grown his hair out, unofficially changed his name, feminized his appearance, and started wearing Spanx. Or maybe she’s found a younger man to marry and make even more millions off of! I personally think it’s because Bruce is kind of a wussy… at least that’s the script they wrote for him on Keeping up with the Kardashians.

Kris Jenner, who’s 58, and Bruce Jenner, who’s 64, have been very friendly throughout their separation. They have been spotted out together, and Kris even tweeted on their 23rd wedding anniversary, back in April. Kris states, “We ended our marriage, but that’s not the end of our friendship. I will always love him, but we are no longer a couple in that way.”

RadarOnline has reported that Bruce’s role in KUWTK will be “drastically reduced.”