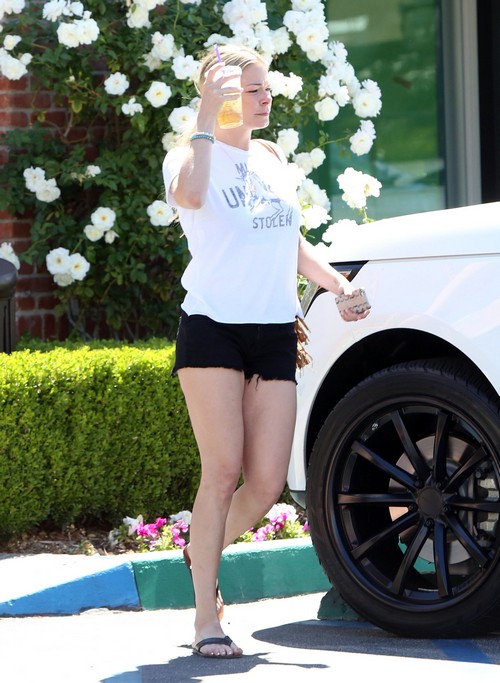 I kind of had a feeling that Carrie Underwood is the kind of woman that you don’t really want to tick off. She just seems to have that edge to her doesn’t she? Well, not only does she get mad but she also holds grudges, for years! Way back in 2006 Carrie won the Country Music Association’s award for best female vocalist of the year and when the camera’s panned the audience they caught Faith Hill looking ticked off. At the time Faith quickly spoke out saying that her reaction was actually a joke and that she had expected Carrie to win. LeAnn Rimes decided to chime in and defended Faith’s reaction without realizing it was a joke and she ended up looking stupid.

According to the June 2nd print edition of National Enquirer Carrie was stunned that LeAnn had said that she hadn’t paid her dues and at the time she dealt with the situation by avoiding LeAnn all together. In the 8 years that have passed LeAnn has never offered up an apology which Carrie believes that she is owed. LeAnn got up on a soap box and ranted about Carrie and millions saw it before she deleted her post after realizing the joke was kind of on her.

In spite of traveling in the same circles Carrie still refuses to even acknowledge LeAnn when they are together for work. In her mind this crazy chick simply doesn’t exist and LeAnn is way too embarrassed to even attempt to thaw the ice between them. Do you think that things will ever be resolved between these two? Carrie certainly doesn’t need LeAnn to be her friend but in LeAnn’s case she certainly can use as many friends as she can find! Tell us your thoughts on this feud in the comments below!