Sean Penn and Charlize Theron Adopting a Child Together (PHOTO) 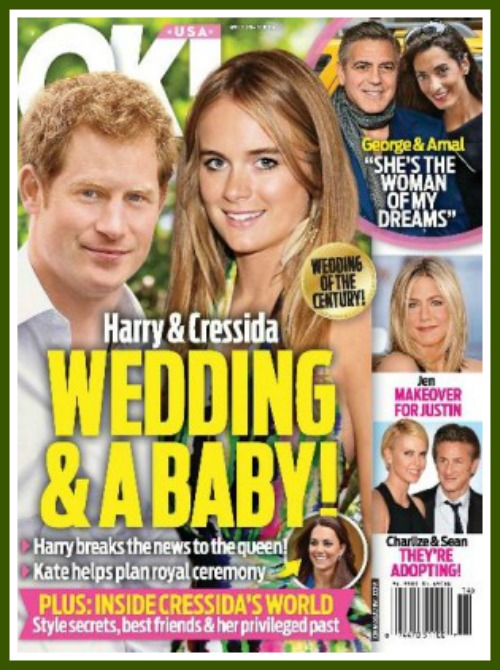 Now that she and Sean are getting serious [with rumors of an engagement around the corner], is it possible that they’re planning to adopt together? It’s a big commitment, considering they’ve only been together a few months and they would have to commit to raising an actual child together, whether their personal relationship works out or not. I suppose it’s no different from Charlize getting pregnant and then breaking up with Sean,  but in this case it’s a very conscious decision that they’ll have to take.

OK! also has a story on Jennifer Aniston getting a makeover for Justin Theroux, perhaps to lure him back to her. If all the tabloid stories are accurate, then they’re pretty much on the brink of breaking up, but perhaps Jennifer still has a few tricks up her sleeve?

George Clooney has apparently found the ‘woman of his dreams’ in lawyer Amal Alamuddin. I love how all of Hollywood is circling this woman like a vulture, claiming that George has finally found a woman that matches him in stature. Um, if anything, this woman’s above him – look at her credentials! But seriously, it is refreshing that he’s managed to find himself a woman that’s actually intelligent and has her own career, and I wouldn’t be surprised to see their contract last for more than the standard two years.

Finally, are Prince Harry and Cressida Bonas on the verge of getting married and having a child? Uh, wedding, yes. Baby? I doubt it.