BY Amanda Austin on October 30, 2014 | Comments: one comment
Related : Andi Dorfman, The Bachelor, The Bachelorette 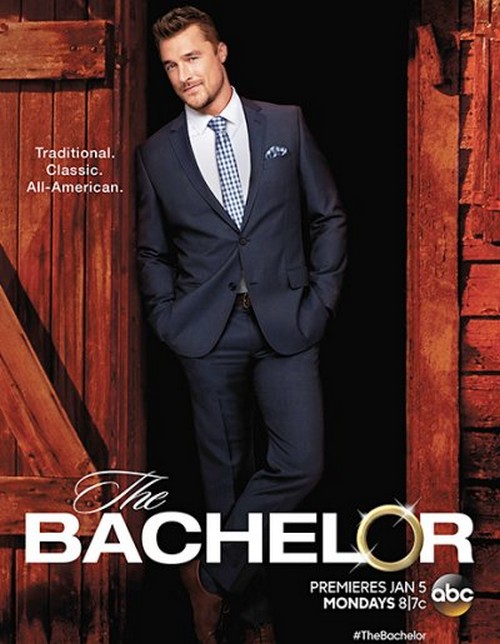 The Bachelor Season 19 spoilers confirmed a few months ago that Chris Soules, AKA “Farmer Chris” would be the 2015 bachelor. Women everywhere swooned over Chris when he appeared on Andi Dorfman’s season of The Bachelorette, but was sadly sent home after he made it to the final three. Soules was a shoo-in for Season 19 Bachelor the moment that Andi Dorfman sent him packing, and a few months after the finale ABC confirmed he would indeed be the 2015 bachelor.

Now, ABC is releasing Chris Soules’s official 2015 Bachelor photos. Just like every other Bachelor before him, Farmer Chris rocked a suit. But those crafty devils on The Bachelor’s production team had Soules pose with an old rustic-looking barn behind him as a backdrop. Get it? He’s a farmer. I think it’s safe to say they plan to play up the whole farmer theme during Chris’s reign as The Bachelor. There are probably a lot of cliché farmer dates lined up for Season 19. Country line-dancing anyone?

Considering Juan Pablo’s disastrous reign as the 2014 bachelor, Farmer Chris’s season can really only improve. All Chris has to do is show up and he will already have out-done JP. According to Season 19 spoilers, The Bachelor will return to ABC for its two hour premiere on Monday January 5th, which is when Chris Soules’s potential wives will arrive at the Bachelor Mansion via limos and introduce themselves.

So Bachelor fans, are you looking forward to Chris Soules’ reign as The Bachelor? Do you think he will do a better job than Juan Pablo did? Let us know what you think in the comments below and don’t forget to check CDL for all of your Bachelor spoilers.