The Bachelorette 2014 Season 10 Spoilers: When Is Craig Muhlbauer Eliminated by Andi Dorfman? 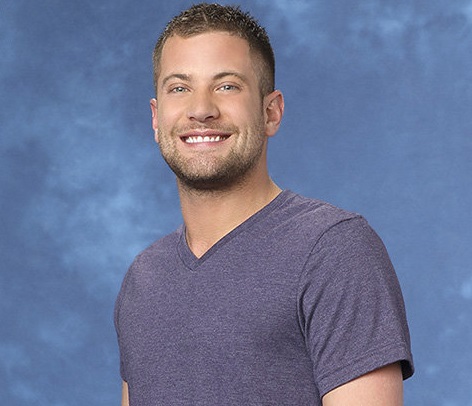 Season 10 of The Bachelorette is officially underway, and there are nineteen eligible bachelors living in the Bachelor Mansion vying for Andi Dorfman’s heart. It seems like every season of The Bachelor and The Bachelorette, there’s one contestant who just can’t handle their alcohol and makes a fool of themselves.

So, who gets drunk on Season 10 of The Bachelorette and makes a fool of himself? According to Bachelorette spoilers, that would be Craig Muhlbauer, a 29 year old tax accountant from Iowa. Craig will make Episode 2 entertaining for sure, but Andi isn’t very forgiving.

Episode 2 of The Bachelorette is set to air on ABC on Monday, May 26th. Spoilers tease that Andi will take her guys to OHM Night Club in Hollywood to take it all off on stage for charity, and the alcohol will be flowing. Craig is rumored to be dressed as a sexy cowboy at the event.

Afterwards, Andi and the bachelors will have a wild cocktail party. ABC has released a spoiler video for episode 2, and it looks like Craig Muhlbauer will be the token “drunk guy” this season. In the sneak peek, a drunk Craig wanders around the Bachelor Mansion calling out for Andi, desperate for some one on one time with the Bachelorette.

Andi clearly isn’t impressed with Craig’s sloshy demeanor. And, it probably doesn’t come as much of a shock to Bachelorette fans that Andi sends Craig Muhlbauer packing at the end of episode 2. Do you think that Andi should have given Craig a second chance after he made a fool of himself, or did she make the right decision by eliminating him at the Rose Ceremony? Let us know what you think in the comment section below.

Make sure to come back later for our LIVE recap. Click here to tune in!