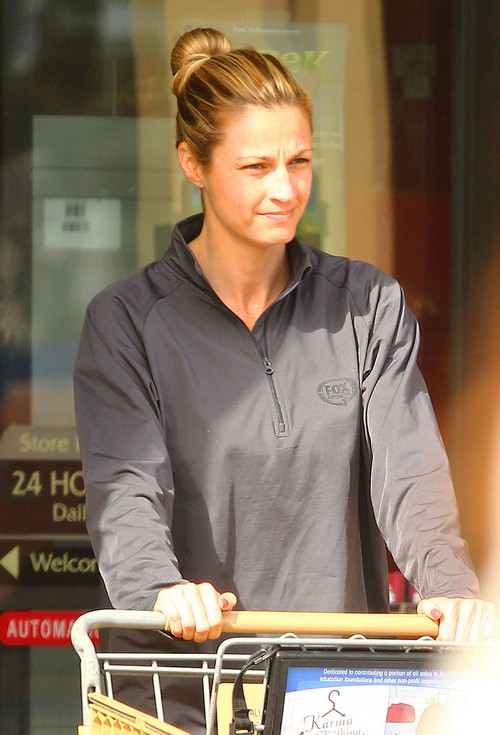 According to a new report, the Dancing With the Stars cast and crew is dreading Erin Andrews‘ stint as co-host of the show because of her diva behavior when she was a contestant on the show. Erin previously appeared as a contestant during Season 10, and is replacing Brooke Burke-Charvet. Brooke was unceremoniously fired a couple weeks ago without any notice, and ABC brass announced that Erin would be taking her place as co-host alongside Tom Bergeron.

A source tells Radar that the crew is not looking forward to Erin taking Brooke’s place, explaining, “The cast and crew were absolutely stunned when Brooke was abruptly fired….she was beloved by everyone. Viewers loved her. Several members of the crew recall what an absolute diva Erin was when she was on the show as a contestant. It was common for Erin to be complaining about her costume, and demanding last minute changes.”

The source also adds that Erin never cared about anyone else when she was on the show, and she made no efforts to make friends or be friendly with anyone else. Apparently, she always wanted to be the center of attention and would constantly go around name-dropping to gain more attention.

The source actually adds that the only reason that Erin landed this gig is because the producers of the show wanted to appeal to Erin’s male fan base. However, that’s a ridiculous idea because guys don’t care about some celebrity dance competition, regardless of who’s appearing on it. Mark my words, this is going to end up being a big mistake for ABC. Firing Brooke has already angered a lot of the show’s most loyal fans, and it doesn’t look like anybody likes Erin, including the cast, crew, and even fans.