Days of Our Lives Spoilers: Daniel and Nicole Back Together, New Salem Couple Alert – What About Eric and Jennifer? 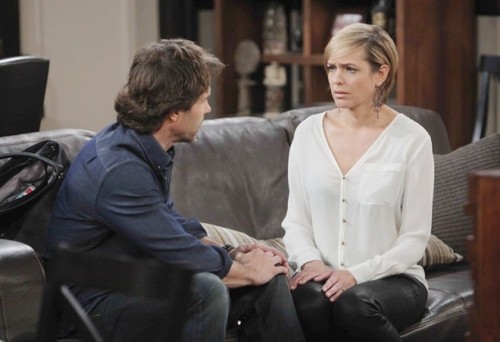 Days of Our Lives spoilers reveal there will be a hot new couple popping up in Salem this Fall, and it’s one that fans of the NBC soap will never see coming. Since Daniel hauled Kristen DiMera back to Salem, DOOL fans speculated there were some sparks flying between the two enemies. And, just like the Days rumors predicted, Kristen DiMera hooked up with Daniel! But, new Days of Our Lives spoilers reveal that Daniel won’t be spending any time pining away for Kristen after she leaves town, because he has another new love interest!

Nicole has been obsessing over Eric for months now, and Daniel has been tied up with Jennifer for quite a while as well. So, if Nicole and Daniel are hooking up, then that means the Days writers are freeing up Jennifer and Eric for some new relationships as well.

So Days fans, what do you think of the idea of Daniel and Nicole hooking up? Would you rather see Daniel with Jennifer, or Nicole? If Nicole is moving on with Daniel, then who would you like to see Eric move on with? Let us know what you think in the comments below and don’t forget to check CDL tomorrow for more Days of Our Lives spoilers and news.