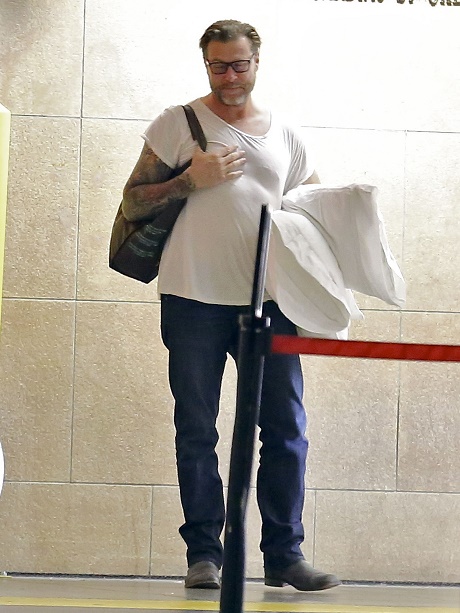 We’d predicted that Dean McDermott would be quitting True Tori sooner rather than later, and our predictions have come to pass. Dean admitted that his time on Lifetime’s True Tori is coming to an end in an interview with Access Hollywood.

Dean explained, “I’m not going to continue with the show. We have five more shows left, I’m going to fulfill my commitment. But it got around the vasectomy conversation where I got to the point where… I can’t do this anymore. I can’t keep opening a vein, and opening my soul and sharing my feelings and thoughts and demons with the world. I want my privacy back.”

HAHAHAHAH. Oh, this is comedy gold. Dean wants his ‘privacy’ back? I guess his ‘quitting’ has nothing to do with the fact that True Tori’s ratings are dropping, and that the network is close to cancelling the show anyway. This guy, I swear. His ego is unbelievable, and it’s clear that the only reason he’s jumping ship now is because he knows he’s about to be fired anyway.

He also claims that he still ‘loves’ Tori Spelling, despite everything that’s happened between them. Uh-huh. Again, Dean McDermott is clearly trying to come across as some sort of wounded victim in this scenario, what with the complaints about his privacy and his looooveeee for Tori Spelling. It’s too bad that nobody’s stupid enough to fall for his shtick anymore.

What do you guys think about Dean’s revelation that he’ll be quitting True Tori? Are you surprised, or is it just another jerk move from the king of jerks? Let us know your thoughts in the comments below.