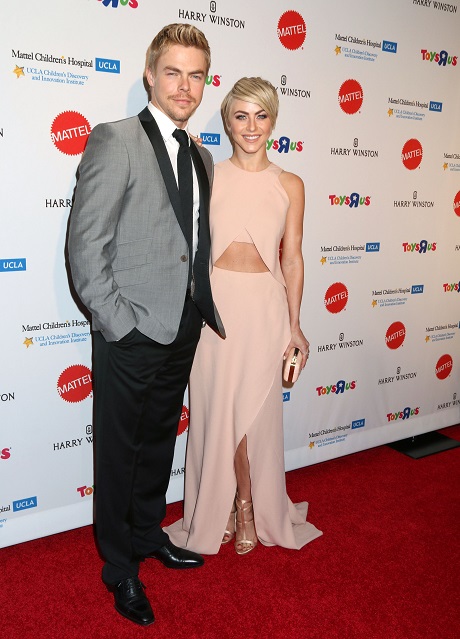 Derek Hough and his sister, Julianne Hough, first became household names because of Dancing With the Stars. After training for years and rising in the ranks of ballroom dance, the brother and sister found themselves sitting pretty on ABC’s hit show. That doesn’t mean that the road to the top was easy. In fact, according to Julianne, it was paved with mental and emotional abuse. Now, Derek is offering up a similar story.

According to the Aug. 18th print edition of GLOBE Magazine, Derek and Julianne both went to live and train in London as children, under the tutelage of Corky and Shirley Ballas. While there, Derek formed a life long friendship with Mark Ballas, but he also suffered living under Shirley’s rules. In his new book entitled Taking the Lead: Lessons From A Life in Motion, Derek admits to being absolutely terrified of Shirley. She once caught him smoking and allegedly smacked him in the face.

According to Derek, sickness didn’t exist either. Even if he had the flu, Shirley was putting him on the train so that he could go and train all day. It’s interesting that both Derek and Julianne have made statements against the Ballas family, especially given the fact that they are so close Mark. In fact, Mark and Derek have performed in a band together for years now. It leads me to think that there must be something to it otherwise Mark would be supporting his parents right? Do you think his upbringing mirrored Derek and Julianne’s? Tell us your thoughts in the comments below!