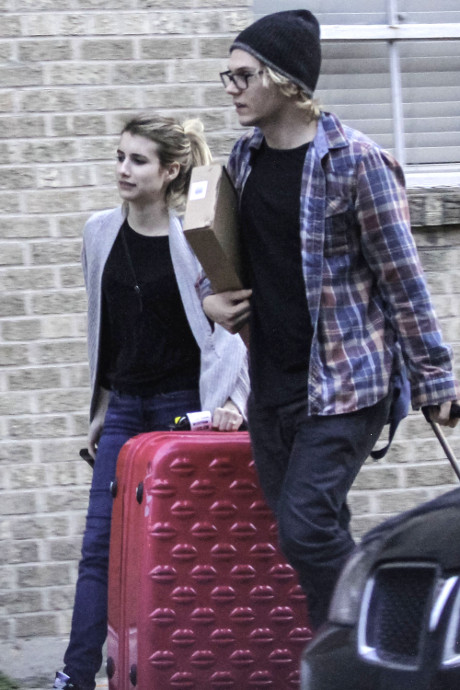 Emma Roberts and Evan Peters, who currently appear on the critically acclaimed American Horror Story together, have just gotten engaged, according to reports. However, there’s just one problem, neither Emma nor Evan have confirmed the news themselves, which has more than a few people raising their eyebrows in speculation. The actor is said to have popped the biggest question of all over the holidays with the help of a gorgeous pink and gold diamond ring. This news is according to Extra.

The couple has been dating since 2012 and also appear as each other’s semi-complicated romantic interests on AHS: Coven. While this pairing does seem like it’ll be a relatively good one, their relationship hasn’t been without the drama over the years (mostly stemming from Emma’s erratic behavior). In fact, this past July, Emma was ARRESTED for physically assaulting Evan, leaving him with a bloody nose, while in Montreal. Recent reports also suggest that Emma’s a gigantic Hollywood diva, as she’s prone to acting out on sets, including her current one on AHS.

While some report that Emma is unstable, and perhaps a toxic person to be in a relationship with, I think she’s quite talented and probably isn’t as bad — or crazy — as people make her out to be. After all, she is related to Julia Roberts, one of America’s sweethearts, so how bad can she be? As we hear more news (or confirmation) regarding this potential wedding, we’ll be sure to let you know!