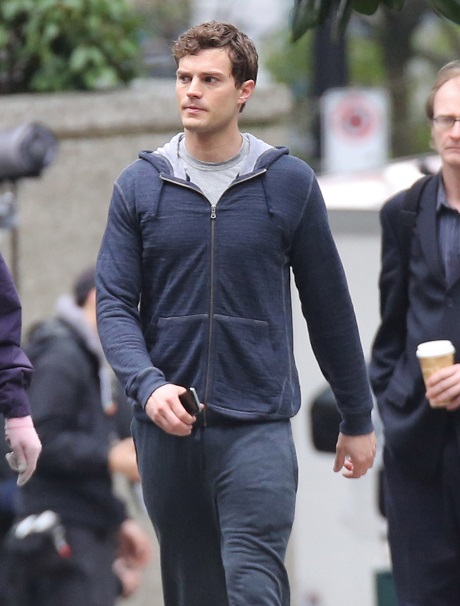 The delusions are strong with this one, aren’t they? The Fifty Shades of Grey screenwriter Kelly Marcel was recently at a Q&A session and was asked about the project and the actors. Of course, it’s understandable that she had glowing things to say – considering she DID work on the film – but the extent to which she praised the actors? Yeah, ridiculous.

Seriously, Kelly thinks that Jamie Dornan deserves an Oscar for his performance in that movie all because he pulled off the raunchy ‘You are my popsicle’ line. You can’t even make this stuff up. She explained, “It’s genius. They apparently did that scene great. Apparently Jamie is great at being soft and hard at the same time. Which is hard to do for an actor! He’s going to get an Oscar!”

Um, does Kelly even KNOW what the Oscars are? There’s no way that Jamie is getting an Oscar for this movie, even if he turns in the best performance of the year. Of course, if he manages to make those shitty lines believable, then he might actually deserve some award. Even then, Kelly should know better than to say this – didn’t she work on the wonderful gem Saving Mr. Banks last year?

And when that didn’t get an Oscar, she thinks that Jamie Dornan in Fifty Shades of Grey will? First of all, Universal would never embarrass themselves by campaigning for that movie, and even if they did, most Academy members would skip right over it.

The only reason that this movie even has a shot at success is because of the rabid fan base, but as we’ve seen from Twilight, a passionate group of fans does not equate good movies. It might make a lot of money for the studio, but that’s about it.