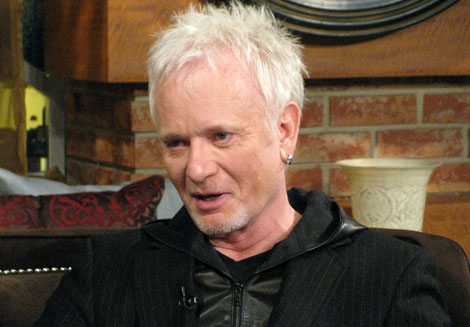 General Hospital spoilers have been teasing for months now that an impostor is running around Port Charles posing as Luke Spencer. Fake Luke has been MIA since his honeymoon following the nurses’ ball, but Tracy is beginning to realize what GH fans have known along, Luke isn’t exactly himself. Since his daughter Lulu was kidnapped, Tracy has been trying desperately to get Luke to come home, and she is suspicious of the fact that his own daughter being in danger wasn’t enough to get Luke to return to Port Charles.

General Hospital spoilers for Friday September 26 reveal that Tracy is determined to figure out what is up with Fake Luke. And, in a spoiler video for Friday’s episode Dante announces to Tracy and Lulu that he thinks he “might know what is going on with Luke.” It sounds like we are finally getting closer to finding out who the crazy imposter is. Dante, Tracy, and Lulu better figure it out soon though, because according to GH spoilers, Fake Luke is up to no good again and sends a mysterious man to town to confront Julian. And, in the September 26 spoiler video Julian pulls a gun on someone, most likely Luke’s latest henchman.

According to spoilers, on September 26 General Hospital fans can also expect to see some intense scenes between Morgan and Ava. It looks like he may have finally forgiven his maybe baby-mama for having crypt sex with his dad Sonny, and he pleads with her not to leave Port Charles. Meanwhile, Michael is suspicious of a secret he thinks Morgan and Kiki are keeping from him, and Jordan works hard to win Shawn over after foiling his kidnapping plan.

So GH fans, do you think that with Dante and Tracy’s heads combined they may finally figure out that Luke Spencer is an imposter? Any thoughts on who Fake Luke really might be? Is the person that Fake Luke sends to Port Charles someone we already know? Let us know what you think in the comments below and don’t forget to check CDL tomorrow for more General Hospital spoilers