General Hospital Spoilers: Franco Upset About Sonny and Carly, Does He Tell Michael Who Murdered AJ? 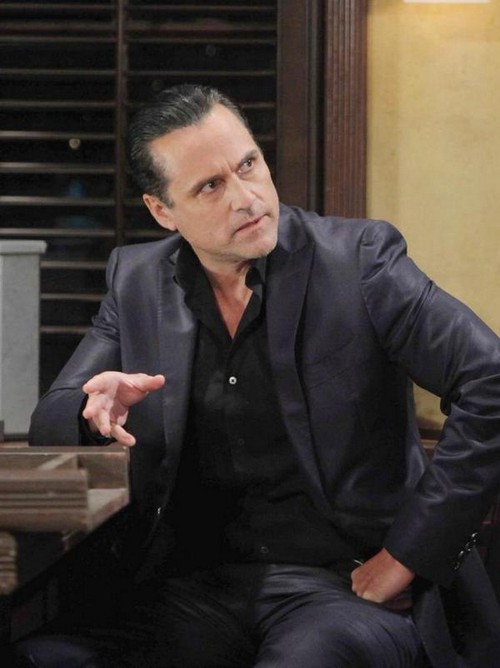 General Hospital fans have been watching the love triangle between Sonny, Carly, and Franco develop over the course of the last few weeks. General Hospital spoilers have teased for a while now that Carly and Sonny could be reuniting very soon. Everyone knows that Sonny and Carly always wind up getting back together, even Carly’s boyfriend Franco, which is why he became so jealous of all the time Sonny and Carly have been spending together. Franco confronted Carly and Sonny on more than one occasion, and Carly reassured him that she has no intention of hooking up with her baby-daddy Sonny again. Sonny on the other hand, clearly had every intention of hooking up with Carly again, and began pursuing, and even planted an unexpected kiss on her.

Nina Clay witnessed Sonny kissing Carly, and on August 19 she is conveniently stuck in an elevator with Franco, and she revealed to him that she seen Sonny kissing his girlfriend. Franco has a violent melt-down, and freaks out in the elevator. When they were rescued by the maintenance man, Franco made a bee-line to Carly’s house to confront her about kissing Carly. Little did Franco know, while he was trapped in the elevator, Carly was hooking up with Sonny again, and he is about to walk in on them. General Hospital spoilers tease that Franco is livid, and all hell could break loose.

Franco can destroy Sonny and Carly’s lives, and if he walks in on Carly betraying him with Sonny, then he just might. Sure, Franco’s tumor was removed, but when he was trapped in the elevator we learned there is still a little bit of crazy Franco in there. Franco knows that Sonny killed AJ Quartermaine, and he knows that Carly has been helping him cover it up. If he is furious enough with Carly and Sonny, there is no doubt to us that he will pay Michael a visit and tell him what his mom and dad have been up to. Sure, Carly didn’t pull the trigger and kill AJ, but she lied to Michael and helped Sonny cover it up, which is just as bad.