General Hospital Spoilers: Will Nina Try To Kill Ava or Steal Her Baby for Revenge After Learning Ava Pregnant? 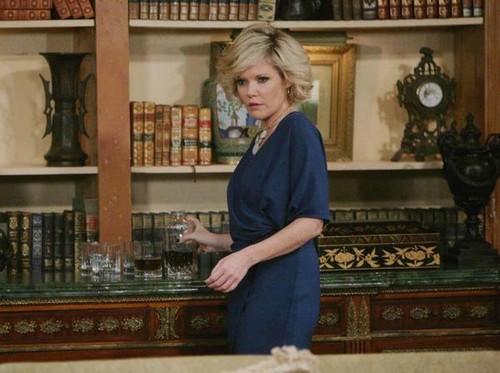 General Hospital spoilers teased that when Nina Clay arrived in Port Charles all hell would break loose, and it surely has. Nina made “the list,” a list of all the people she planned to ruin since she blamed them for everything that had happened to her. And, she seems to certainly be making some headway seeing as how Silas and Sam are broken up. But, they weren’t the only people on her list, she also has a vendetta for Ava Jerome seeing as how she was Silas’s mistress and gave birth to his child while Nina was comatose.

According to General Hospital spoilers, on Friday August 15th Nina Clay learns that Ava Jerome is pregnant again. And, Nina is livid. The fact that Ava is pregnant obviously stings because Nina has said on more than one occasion that she wants a baby of her own, she even planned to try and seduce Silas and get herself pregnant while she had him drugged but that plan didn’t exactly pan out. But, Ava’s pregnancy also hits a nerve for Nina because Nina was actually pregnant around the same time that Ava was pregnant with Kiki, and Nina lost her baby but Ava’s lived.

General Hospital spoilers have teased for a while now that there would be some epic scenes between Ava Jerome and Nina Clay. Nina has proven that she is definitely dangerous, so one can only imagine what she has in store for Ava. Some fans have even theorized on social media that Nina might try to steal Ava’s baby once it is born because in a sick and twisted way she thinks Ava owes her a baby.

What do you think Nina will do GH fans? Do you think she will try and kill pregnant Ava? Or, will she wait until the baby is born and try and steal him or her? Let us know what you think in the comments below and don’t forget to check CDL tomorrow for more General Hospital spoilers.