General Hospital Spoilers: Is Sonny Losing Everything and Going To Jail as Michael, Morgan, Olivia Turn 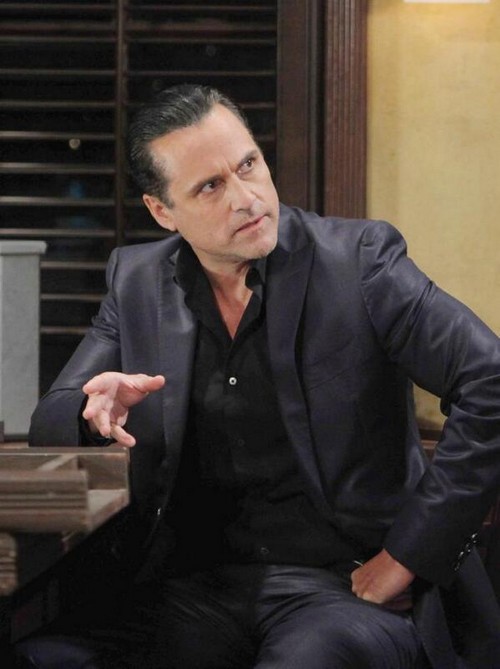 Any General Hospital fan can tell you that Sonny Corinthos is growing more and more unhinged with every episode. The once powerful and calculating mobster, is an emotional mess as a result of his recent mistakes and poor judgment. As we continue to watch our beloved GH character unravel, it’s a safe assumption that the month of May will be the month that Sonny Corinthos loses everything- his family, his friends, his girlfriend, his sanity, and possibly even his freedom.

Sonny Corinthos troubles all seemed to begin when he became entwined with his son Morgan’s girlfriend and nemesis Julian Jerome’s sister, Ava Jerome. Sonny was completely unaware that Ava shot and killed Connie and was trying to frame it on AJ Quartermaine and silence him before he ratted her out. One fateful day he barged in on AJ and Ava having a disagreement that resulted in AJ choking her nearly unconscious. In a fit of rage and blinded by flashbacks of AJ choking Connie, Sonny picked a loaded gun up off the floor and murdered AJ in cold blood.

Sonny’s son Michael, was actually AJ Quartermaine’s biological son, and Sonny had promised Michael he wouldn’t lay a finger on him-despite the fact that he thought he had killed Connie. Ava and Sonny went to great lengths to cover up their crime, however Sonny’s guilt ate away at him as he watched Michael hold vigil at AJ’s bedside until he passed away. With Sonny’s conscious eating away at him and Ava’s henchman Carlos in police custody, it is only a matter of time before the truth comes out and his son Michael disowns him.

Sonny Corinthos is mentally hanging on by a thread, and will officially kiss his sanity good-bye at the rate he is going. Sonny has had a history of mental health problems, and was diagnosed with bipolar disorder (which he currently takes medication for). The mobster is currently being haunted by AJ Quartermaine’s ghost and having lengthy conversations with the figment of his imagination. During the month of May there is a good chance Sonny will officially go off the deep end.

As if betraying one of his son’s wasn’t enough, Sonny had a minor lapse in judgment and hooked up with his other son Morgan’s girlfriend Ava at AJ Quartermaine’s funeral, and Morgan walked in on them. Furious that his father and his girlfriend betrayed him, Morgan is determined to even the score. According to General Hospital spoilers, Morgan will try to hurt his father like he hurt him, and tell his girlfriend Olivia that he cheated on her. So, along with Michael and his sanity, Sonny can kiss his other son Morgan and his girlfriend Olivia good-bye. And, once the truth gets out that Sonny slept with Ava, he will lose one of the last people he had in his court, his ex Carly. Carly can turn her eye on a lot of things, but sleeping with Sonny is where she draws the line. Now that he has betrayed both of her sons, Michael and Morgan, there is no way Carly is going to continue going to bat for Sonny.

According to General Hospital spoilers the month of May is sure to be filled with can’t-miss episodes of GH, and Sonny unraveling will surely add to the drama. What do you think General Hospital fans? Will Sonny be able to pull it together before he loses everyone he loves, his sons, his freedom, and his sanity? Will he have to marry Ava to stay free? Let us know what you think in the comments below!

Not everyone is happy with the attenuated version of Sonny, vulnerable and weakened – comments from Soap Opera Spy:

i used to really love the character of sonny corinthos but now the writers have written him that i don’t even recognize him……………..smh

I know right they so changed his character. I think it is the loss of Jason. They need a Jason

I agree – we need Jason Morgan and Sonny back in the driver’s seat! 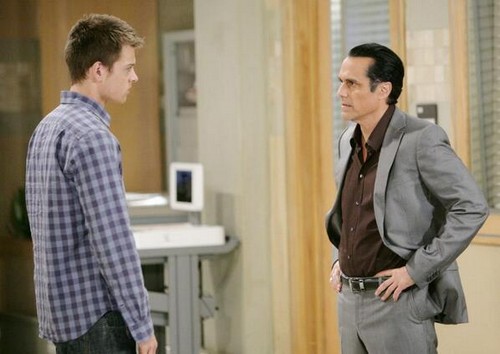