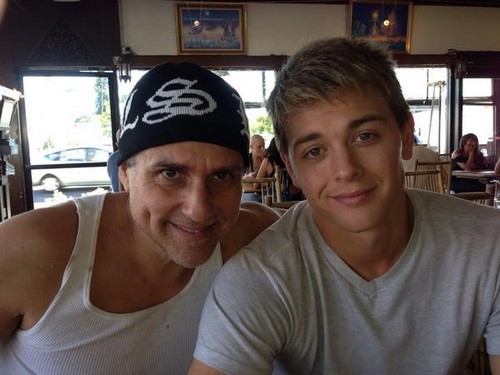 In the all new General Hospital spoiler video for Friday’s episode Port Charles appears to be in complete mayhem. Silas and Kiki are panicked, and Silas announces they need to get back to Ava’s before it is too late. So they either just realized that Sonny (Maurice Benard) is on his way to kill Ava (Maura West), or that Nina is completely off her rocker and plans to steal her baby (which by the way they are a little late to stop). Meanwhile, Nathan West (Ryan Paevey) is frantically searching for his sister Nina (Michelle Stafford).

Anna Devane has been suspicious all week that Duke lied to her and made up Sonny’s alibi the night that AJ Quartermaine (Sean Kenan) was shot and killed. Now that she has Sonny’s confession on tape, she has proof that Duke lied to the police. In the General Hospital spoiler video for November 7, Anna informs Duke that she has to arrest him (that’s awkward). And, Dante is looking for Sonny so that he can arrest him, and demands that Morgan give up their father’s whereabouts.

So GH fans, what did you think of this insane week? Will Sonny kill Ava, or will Michael kill Sonny? Is anyone going to die, or are they all going to jail? What do you think Nina will do now that she has Ava’s baby? Let us know what you think in the comments below and don’t forget to check CDL tomorrow for more General Hospital spoilers and news.