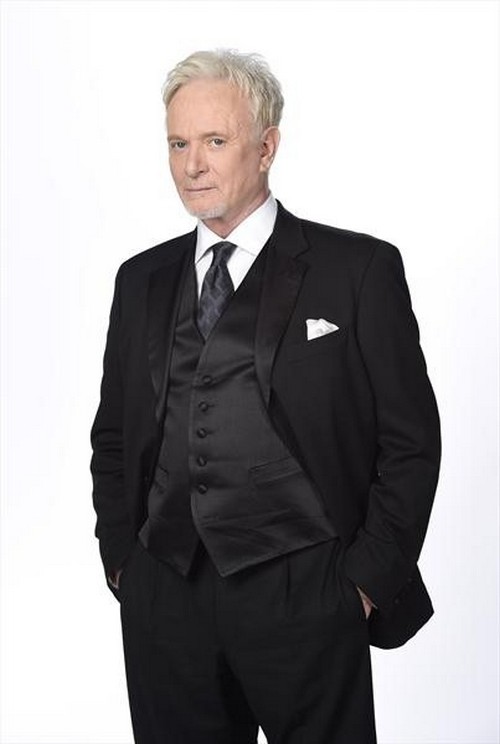 There is never a dull moment in Port Charles, and General Hospital spoilers for the week of May 19-23 tease another week of shocking twists and turns on the popular ABC soap opera. Fake Luke will continue his reign of terror next week on GH, he arrives at Alexis’s house with a hidden agenda and unbeknownst to her she is in some serious danger.

General Hospital spoilers for the week of May 19th also tease that Ava Jerome returns to Port Charles, and apparently she goes head to head with her partner Sonny. Could it be possible that Shawn threw Ava under the bus and told Sonny that she is the person who shot Olivia? Sonny should be the least of Ava’s worries though. According to GH spoilers, Carly and Franco are closing in on her when Spinelli makes a special appearance and helps them get to the bottom of the recording they found on AJ Quartermaine’s phone.

Anna will move forward with the inside information Duke gave her, and prepare to take down Julian Jerome once and for all. Spoilers tease that Anna’s pan goes awry when Julian isn’t at the docks overseeing the drug deal, but TJ’s Mom Jordan is. When Anna prepares to arrest Jordan, she requests to speak to Anna in private, and makes a shocking confession that Anna was in no way prepared for. It appears Jordan’s role in Port Charles is much more complicated that any of us predicted. Meanwhile, Molly comforts her boyfriend TJ when he learns that his Mom is a drug dealer caught up with the mob.

So General Hospital fans, have you figured out who Fake Luke is yet? Do you think that he will actually harm Alexis? And, what about Anna arresting TJ’s Mom Jordan? What secret could Jordan possibly have to tell that changes everything- she just arrived in Port Charles? Share your thoughts and theories in the comment section below and don’t forget to check CDL tomorrow for more General Hospital spoilers.

Soap Opera Spy readers have plenty to say about the impending confrontation between Luke (we call him Fluke = Fake Luke) and Alexis seen on Friday’s May 16 episode:

Is Fluke going to shoot Alexis?

I don’t think so

i don’t think he will BUT he called her natasha or what ever the pet name is he has for her – first time fake luke has called anybody by their pet name……..

Got to be jerry jacks as Luke

I certainly hope not. Is this the real Luke? If so I do not like the direction GH has taken his character

Our questions about what goes down between Luke and Alexis will be answered but the larger question of who is impersonating Luke is what we really want to know…. But other issues are of concern to fans as well.

So excited about Spinelli coming back! I hope he stays. I want to know who Fluke really is! Trevor Lansing maybe?

Yes – who is Fluke? And I’m not thinking that Spinelli’s return augurs well for Ava!