General Hospital Spoilers: Jack Wagner Returning To GH As Frisco Jones – What’s His Connection To Levi and the Robbery? 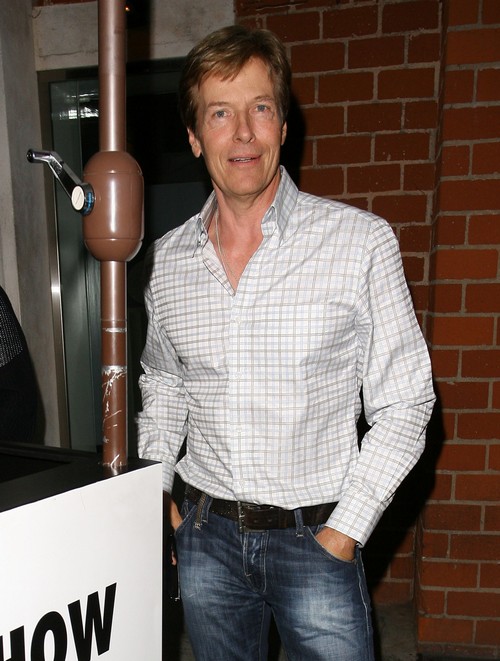 General Hospital spoilers tease that it will only be a matter of time until we learn more about Levi Dunkleman’s past and why he has come after Maxie and her family’s Aztec jewels. On the Tuesday August 26 episode of General Hospital, Dante and Nathan West were searching the cabin where Levi was holding Lulu and Maxie captive before he relocated them, hoping to find some sort of clue revealing where he may have taken them. The Port Charles officers don’t find any clues about where Maxie and Lulu have been taken, but they do find something interesting.

While rifling through a book that Levi had in the cabin, Dante finds an old newspaper article with a picture of Maxie’s parents Frisco Jones (Jack Wagner) and Felicia. Frisco Jones and Felicia were on again and off again for many years, and he even at one point helped her secure her family jewels. Frisco was a member of the WSB, and his choice of career inevitably caused his separation from Felicia. In 2013 Frisco shocked everyone by returning to Port Charles, and it was the first time Maxie had seen her father in nearly twenty years. Frisco Jones begged Felicia to take him back, but Felicia broke his heart and chose Mac over him, causing him to leave Port Charles again.

So far we know that there was a buyer lined up for the Aztec jewels, however he was anonymous and never showed up for the meeting, so Levi was not acting alone and he is clearly answering to someone. But who? Levi could have had a picture of Frisco because he was researching him and Felicia and the Aztec jewels, or there is any chance that Frisco is actually the person who sent Levi to steal the Aztec jewels? Frisco never would have done anything to hurt Felicia in the past, but could this be payback for Felicia breaking his heart and choosing Mac over him? Yes, this seems unlikely. More likely is that somehow Levi and his as yet unknown accomplice(s) learned of the jewels through researching Frisco or used info about Frisco to help plan the heist. Frisco might have been used unwittingly, but we highly doubt he willingly was part of the robbery scheme.

Regardless of whether Frisco is Levi’s ally or victim, there is a good chance he might return to General Hospital for this storyline. Do you think Frisco would actually send someone to steal Felicia’s jewels from her? Would you like to see Jack Wagner return to GH? Let us know what you think in the comments below and don’t forget to check CDL tomorrow for more General Hospital spoilers.