Hayden Panettiere Gives Birth To Daughter Kayla – Where Was Wladimir Klitschko – Are They Still Together? 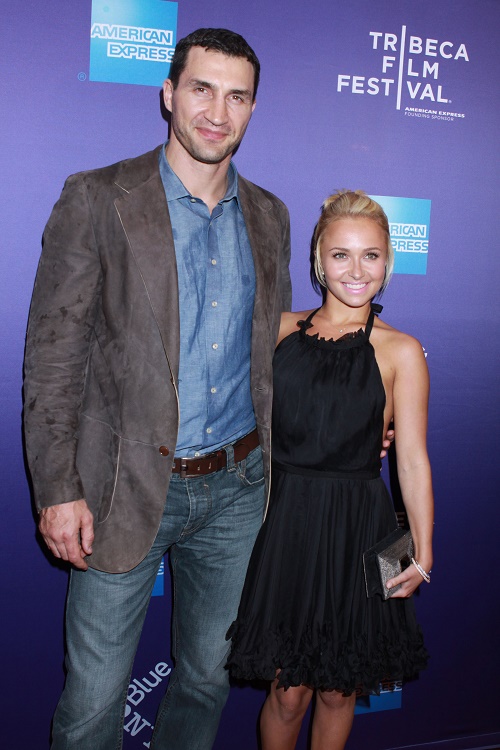 Hayden Panettiere just gave birth to her baby daughter, Kayla. But where was her fiance, Wladimir Klitschko? There was no mention of Wladimir’s name when mentioning the birth, apart from the report confirming that it was his daughter. Well, considering that he and Hayden are engaged, I should hope that it’s his daughter.

So far, no wedding date has been announced for Hayden Panettiere and Wladimir Klitschko, but there have been several rumors claiming that the couple is on the verge of breaking up. They haven’t been spotted together in a while, and there were reports alleging that Hayden was no longer wearing her engagement ring over the past few months. Of course, Hayden could easily be hiding from the media and paparazzi, considering the undue attention bestowed upon her baby bump and her unborn child.

What do you guys think about Hayden Panettiere and Wladimir Klitscho going suspiciously quiet before the birth of their baby? Do you think they’ll break up, or that they’ll stay together? Sometimes, this kind of silence from a celebrity couple is just them seeking privacy, but looking at their history, it doesn’t seem to be that in this case. Of course, we will eventually hear from Hayden, considering that she has a hit TV show to return to and promote. Either way, let us know your thoughts in the comments below.