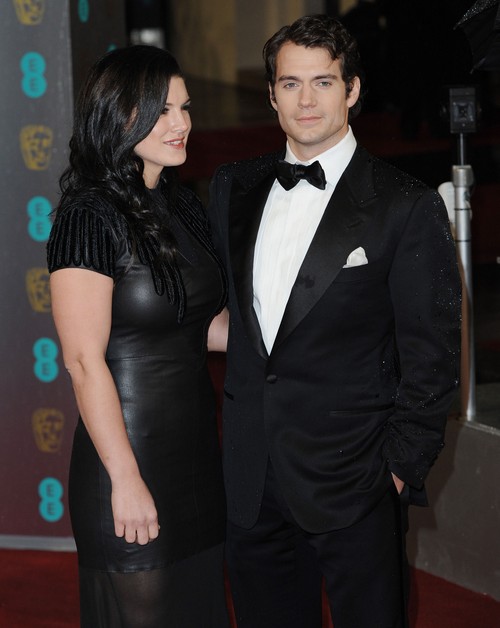 Kaley Cuoco finally got married to Ryan Sweeting, something she’s been hinting at for a few months. But lest we forget, she was happily dating Henry Cavill not even six months ago. Is it just us, or is that weird?

No judgment, and I know celebrities move fast, but getting engaged and married to a guy just one month after breaking up with another guy is strange, no? Especially since it wasn’t even that long ago that she broke off her previous engagement to yet another guy.

It’s also interesting timing that just as Kaley started getting serious with Ryan, Henry starts being seen with Gina Carano, his ex. By and large, I’m putting the famewhoring aspect of the Henry/Kaley relationship on Kaley here, considering Henry’s barely been papped since breaking up with her. But then again, paps strategically found Henry having dinner with Gina in Rome after Kaley’s engagement news broke. So who knows?

Whatever it is, Henry’s back with Gina and Kaley’s married. And both happened to be within a few weeks of each other, something I find extremely coincidental. I mean, there could easily be nothing to it, and neither Henry nor Kaley could be keeping each other on their respective radars. I also don’t think Kaley would go up and get herself married to prove a point, but I also think she’s capitalizing on the media buzz to her best advantage.

Henry, on the other hand, just wants to go back to normal, probably after realizing that being a tabloid figure isn’t all that much fun. But hey, if it helps him out, a few pap photos here and there are probably no big deal.