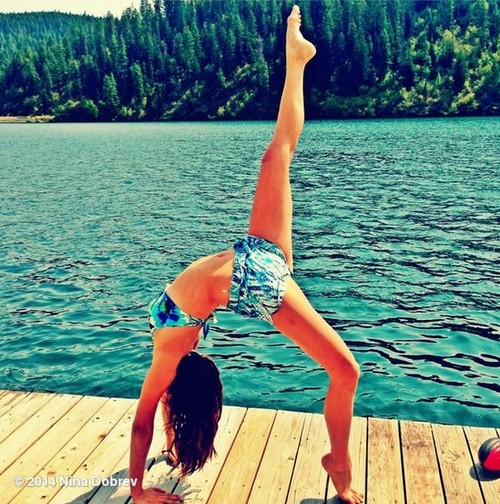 Even though Nina Dobrev and Ian Somerhalder have tried hiding their relationship from the public, their Twitter accounts confirm that both of them were recently in Monaco – at the same time. They were scheduled to attend the World Music Awards in the city, but we’ve been hearing from various sources that they also managed to fit in a secret rendezvous between their official promotional duties.

After years of being in the spotlight, both Nina and Ian have clearly figured out how to keep their relationship low-key, but there has to be another reason they’re going out of their way to stay out of the spotlight, no? They never used to be this picky about being seen in public together, but at the same time, they also didn’t have this many people watching their every move.

It could just be that they want to keep their rekindled romance away from the public’s eye, but it’s also possible that they have something bigger to hide. Sources tell CDL that Nina and Ian might actually be getting engaged, which wouldn’t really be that much of a shocker.

From what we heard of their initial breakup, the only reason they decided to split in the first place was because they were getting too serious and Ian was intent on settling down with Nina. Nina couldn’t handle the pressure so she decided she wanted a breather, but if they did get back together, then her feelings probably changed on that matter. In that regard, it wouldn’t be ridiculous to assume that they’ve taken things to the next level, which would mean an engagement.

Of course, they don’t want some random fan to get the news before they go public with it, which they could then maximize for effect on the Vampire Diaries‘ ratings. It’s their last season on the show [before contract renewals], and they’ll want to go out with a bang.