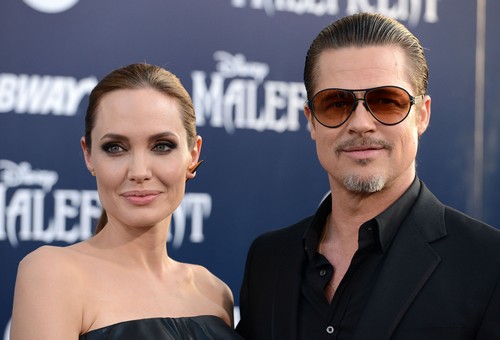 Do you think that Jennifer Aniston will even bother crawling out of bed today? News just broke that Brad Pitt married Angelina Jolie in a civil ceremony last Saturday at Chateau Miraval in Correns, France and that the couples’ six children played a prominent role in the wedding special day. Even though her marriage to Brad Pitt ended nearly a decade ago you better believe that Jen is reeling from the news that Brad has married Angie.

I mean Brad has clearly been the winner in this situation. After finding out that he had cheated on her with Angie, there’s no doubt that Jen was hoping it would be nothing more than a flash in the pan fling for Brad. Jen was supposed to be the real deal and she probably hoped that he eventually woke up from the spell Angie had put him under and hightailed it back to her. Instead Brad’s love affair has lasted for nearly a decade making it look like he left Jen for the true love of his life.

That’s a pretty wedding bitter pill to swallow especially when you can’t find your own version of Mr. Right. Sure Jennifer Aniston has dated a slew of Hollywood’s most eligible men but it never seems to work out. She has been engaged to Justin Theroux for two years now and there is no wedding in sight. Instead the couple appears to lead very separate lives, even living on opposite coasts the majority of the time. Jen is nowhere near having the kind of settled life that she admittedly craves and while she shot down the notion of whether or not being a mom will define her in a recent interview, you know as well as I do that she resents Angelina Jolie for having Brad Pitt’s babies.

How badly do you think that Jen has reacted to Brad Pitt’s confirmed marriage to Angelina Jolie? Tell us your thoughts in the comments below!