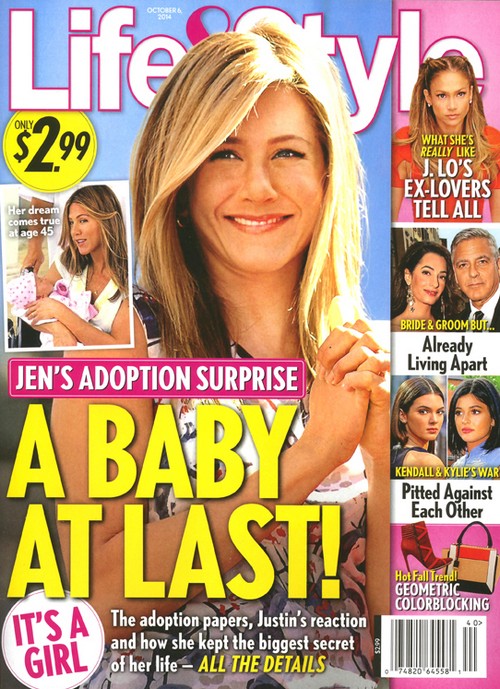 Jennifer Aniston and Justin Theroux are reportedly adopting a child, because they don’t have enough on their plates at the moment. Let’s forget the fact that Justin has a TV show to run, and that Jennifer has her Oscar aspirations to reach. Apparently, Jennifer and Justin don’t care about all that, and right now, it’s just BABIES on their mind. And because Jennifer supposedly has fertility issues [according to all the tabloids], she has no other option but to resort to adoption.

Apparently, Jennifer and Justin decided to adopt while vacationing in Bora Bora over the summer. Something in the air over in Bora Bora must have fried their synapses, if they’re suddenly discussing babies after years of avoiding the subject.

I still think that this is more the tabloids projecting than Jennifer and Justin actually wanting to have children. Jennifer has been very open with her desire to NOT have kids, and she’s kind of reaching that age where it shouldn’t matter. Seriously, Jennifer Aniston does NOT equal Rachel from Friends, you guys. She’s not America’s best friend, she loves her ‘ahem’ substances, and she doesn’t give a damn about marriage and kids. She got engaged to Justin Theroux for publicity purposes, and she ain’t gonna get married to him unless it benefits her in the long term.

In the same way, she and Justin are not going to adopt a kid – especially not right now, when both of their careers are actually going really well. Jennifer’s dreams of winning awards are just a role or two away from coming true, and she’s not going to give up on that to raise a child.