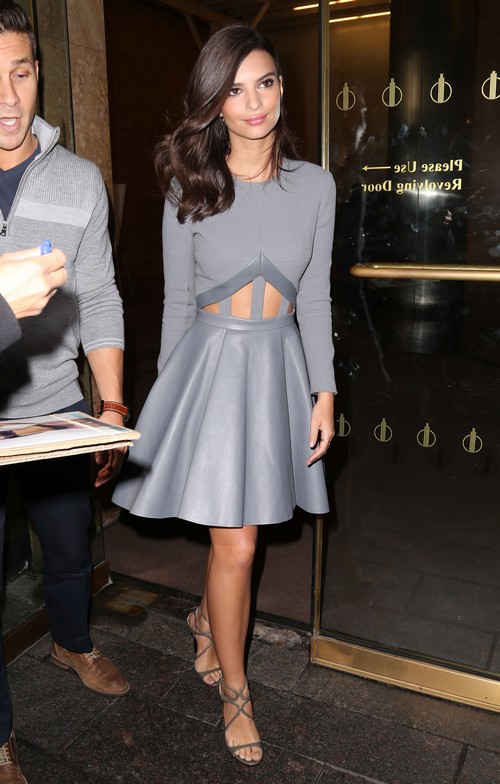 Whispers of Ben Affleck’s infidelity are nothing new, and have existed for the past decade. He cheated on Jennifer Lopez ten years ago with a bunch of strippers, and then he allegedly cheated on Jennifer Garner with Blake Lively while filming The Town. And now, the latest rumors have Ben Affleck hooking up with Emily Ratajkowski, his co-star and love interest in Gone Girl.

I think that one of the reasons these rumors have gained so much steam is that Ben’s relationship with Emily in Gone Girl could mirror real life – a married man who is looking for something extra outside his marriage, and can’t keep his hands of the hot young girl, even though he tries to resist the temptation. In the movie, he knows it’s wrong but does it anyway, and I’d like to hope that he realizes it’s wrong in real life as well – if the rumors are accurate, of course.

To be very honest, I totally believe that Ben Affleck is a cheating cheater who had affairs behind Jennifer Garner’s back, but I don’t think Ben cheated with Emily. Even though Star Magazine claims that Ben and Emily got very close during filming of the movie, even spending many evenings together in his trailer, he would had to be incredibly stupid to have an affair with yet ANOTHER young actress on the cast of yet another high-budget movie. He barely got away with it during filming The Town, and he produced and directed that movie! But seriously, it’s gross enough that Ben handpicked Emily for the role, and I would have been totally skeeved out if I was her. But you know, this was her big break and she’s going to complain landing a David Fincher movie on her resume.

Regardless, I can see how Jennifer Garner would be wary about this whole situation, but the fact that she’s not accompanying Ben Affleck on every leg of the promotional tour means that she believes he didn’t cheat. When they were promoting The Town, Jennifer didn’t leave Ben alone with Blake for even a second, including every small premiere, screening, and publicity event. But now? She’s either become accustomed to Ben’s cheating and doesn’t care anymore [unlikely] or she’s holding steady in the belief that her husband has stopped being a cheating cheater.