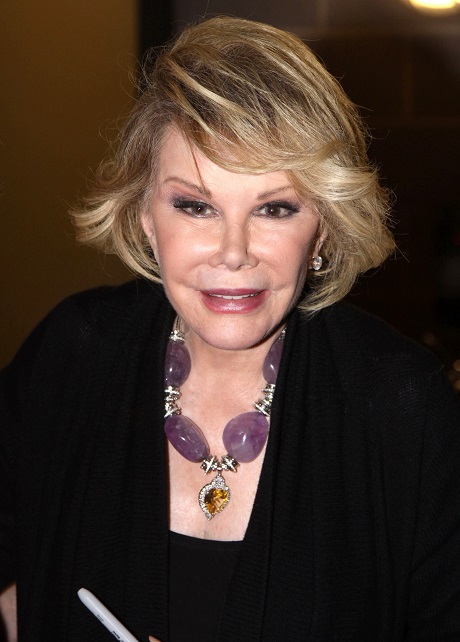 Joan Rivers was put on life support the other day after going into cardiac arrest during a minor surgery on her vocal chords. However, several new reports suggest that doctors are now going to pull her out of the medically induced coma in order to see if she will respond.

A source tells the New York Daily News, “The waking-up process has begun and will take until Tuesday. There is real concern that the part of the brain that controls motor skills may have been compromised, leaving her as either a vegetable or in a wheelchair.”

Joan’s daughter, Melissa Rivers, released a statement saying that they are all ‘keeping their fingers crossed‘. Sources close to the situation say that Melissa has dealt with the brunt of the decision making regarding her mother, with the doctors conversing with her and making sure that she’s comfortable with their decisions. Right now is a risky time for Joan, considering that pulling her out of the coma could make things worse instead of better. However, it’s probably better to know one way or another than to keep her on life support indefinitely.

Right now, our thoughts and prayers go out to Joan and her family, and let’s just hope that Joan’s tough exterior extends to her fight in staying alive.