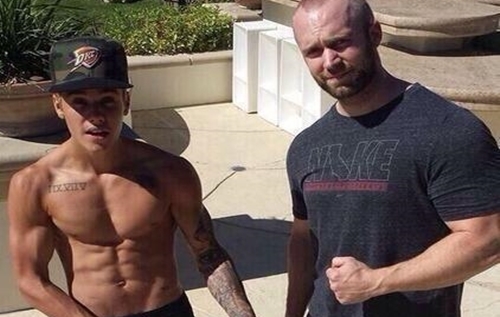 In recent weeks we have heard all about how Justin Bieber is trying to turn over a new leaf in order to prove to his on/off girlfriend Selena Gomez that he has changed. Let’s be serious though, Biebs can sleep through bible study groups every day of his life and it won’t change the fact that he is known to take some heavy duty drugs. Lawyers in the case involving the paparazzo/photog who was attacked by Bieber’s goons are expecting to prove that the young star is a mess and they intend to use those closest to him to do so.

According to TMZ some of Justin Bieber’s closest ride or die friends like Lil Za, Lil Twist, Khalil and of course his manager Scooter Braun have all already been subpoenaed to testify. Lawyers for the plaintiff are expected to grill these clowns on Bieber’s drug use under oath in order to show that when he ordered his crew to attack the pap he was likely not in the clearest state of mind. One other person that has been subpoenaed, Bieber’s trainer Patrick Nilsson could easily turn this into a slam dunk conviction.

Sure he is trying to appear to be as healthy as humanly possible these days but Biebs has been known to use steroids to help bulk up. If you mix steroids with other drugs or even sizzurp what you get is a special kind of rage that has resulted in extreme violence. No doubt Nilsson is the key to presenting these facts under oath and in doing so it could easily turn into an open and shut case against Biebs.  Tell us your thoughts in the comments below!