Justin Bieber’s Plane Stopped, Justin Held At US Customs – Weeks Away From Being Deported? 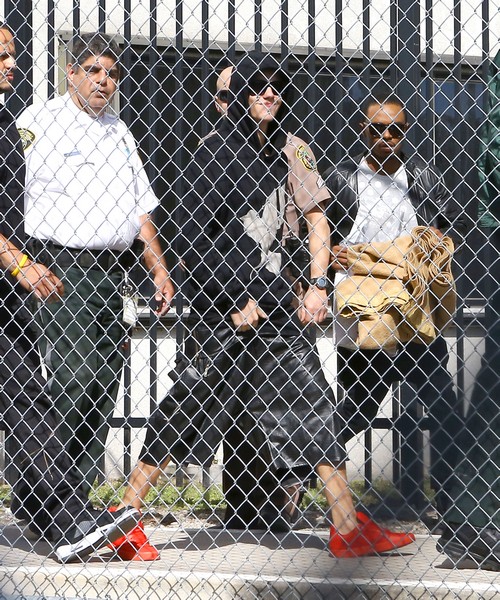 Justin Bieber‘s certainly on a roll, isn’t he? After getting a DUI in Florida and getting called in for drag racing, he was then arrested for assaulting a limo driver in Toronto. And if that wasn’t enough, his plane was stopped on the way to the Super Bowl in New York on Friday, reportedly because it was containing marijuana. The plane arrived at Teterboro Airport, and authorities reportedly smelled the weed, which then caused them to call in drug-sniffing dogs. Fortunately for Justin, the dogs weren’t able to find something, but even if they did, I’m sure Justin would have found a way to blame it on someone other than himself.

However, even if he didn’t get into any trouble for the weed smell, the US authorities are starting to take serious notice of Justin’s trouble making. Right now, he’s pending two arrests in two different countries, and that’s not even counting the vandalism charge he has in Los Angeles, plus all the other trouble he’s stirred up over the last year.

Anyway, according to TMZ, Justin was flagged at customs while going through the airport, on his way to the Superbowl. This happened after his plane was stopped to search for drugs, and he was basically flagged because of his two pending criminal cases, neither of which have been resolved yet. The Patriot Act allows the US government to keep track of everyone traveling to and from the United States, especially when they’re not US citizens and they have multiple unresolved infractions on their record.

Either way, it’s actually starting to look like a strong possibility that Justin might get deported. There’s only so long that he’ll continue to get special treatment, and I doubt the government cares that he’s a teeny bopper pop star.

What do you guys think? Will Justin end up getting deported, especially if he gets into trouble again [which is bound to happen at the Superbowl, at the rate he’s been going]? Let us know your thoughts in the comments.