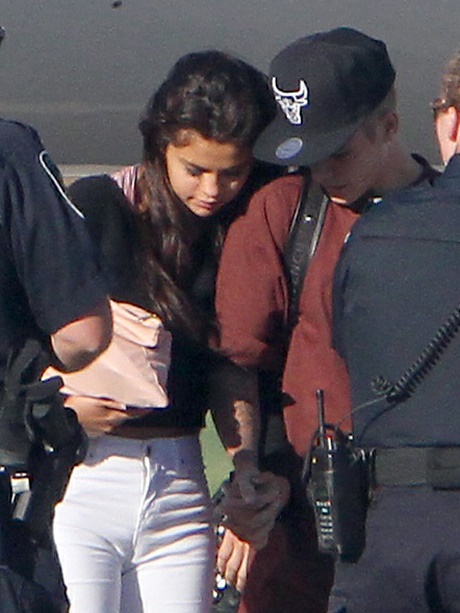 Now that Selena Gomez & Justin Bieber have renewed their love, I am counting down the days until the next break up. I may not have to wait much longer. This past Tuesday, the Fashion Rocks event was held at the Barclay’s Center in Brooklyn, NY – and who was there? Well, none other than Justin Bieber and a ton of models. I’m not saying that he cheated on Selena while he was there, but he could have accidentally fell inside a model at the after party at Tao Downtown. Two prominent faces at Tao were none other than Kendall Jenner and Adriana Lima. Both ladies are alleged Justin Bieber hook-ups and reasons for a couple of Jelena break ups.

So, should Selena be suspicious as to what happened that night? The couple’s history would suggest that she should. According to a recent issue of OK! Weekly, Justin and Selena have been having crazy, wild, unprotected sex. Now, if I’m Selena and worried about Justin cheating on me again with a model or two, then I’d be quick to take advantage of our recent reckless sex sessions. Selena needs to step up her game and come up with an emergency pregnancy. It may seem a bit on the psycho girlfriend side, but girl, get with the program and trap that man. Maybe you will get lucky and have a faithful man or possibly a faithful husband by your side.

Oh, come on. Who am I kidding? The Biebs would never be on board for a child, especially not now when he’s having the time of his life! Still, these two are sure to bring more drama than happiness to the Internet with this volatile and toxic relationship. No amount of church services and family outings are going to save this train wreck.