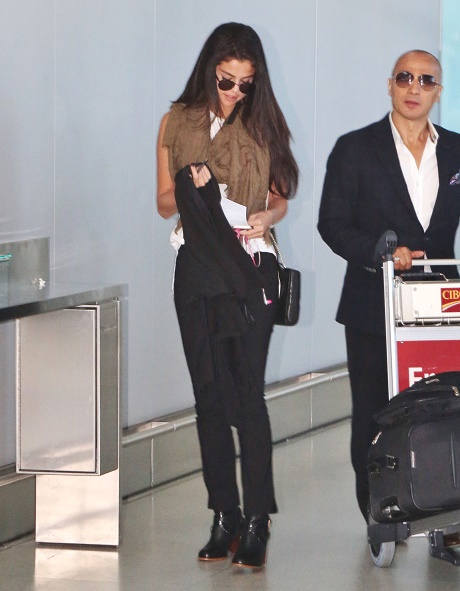 Selena Gomez and Justin Bieber just can’t get enough of each other. The on-again-off-again couple have been spotted in Toronto, Canada for the past few weeks. After going to rehab to cope with one of their earlier breakups, you would think Selena has had enough of the Beibs, but apparently not.

During an interview on September 3rd, Selena said she was single, but recent pictures of her and Justin are saying otherwise. Fans knew the couple were back on when Justin posted a photo of the two on a private jet. I think fans are getting just as tired as we are of their rocky relationship.

Jelena rekindled their four year romance on August 27th, when they were photographed holding hands. Later on we saw the couple riding ATVs, horseback riding, and shopping. This week, Selena left New York Fashion Week to spend more time with Justin in Canada.

Even with their romance seeming to be on good terms, trouble still seems to be following Justin. Tuesday, Ontario Provincial Police told the media that Bieber’s ATV clashed with a minivan on Friday afternoon. The accident happened on a rural road near his hometown of Stratford and, allegedly, led to a run-in between the singer and one of the paparazzi in the minivan. Sources say paparazzi were trespassing on Justin’s dad’s land and were taking pictures of the couple when Justin asked them to leave.

Bieber was arrested on charges of dangerous driving and assault and has to show up to an Ontario court September 29th. On Wednesday, the singer sprained his wrist and was taken to a hospital. He’s also still on probation from his egg-throwing incident. Place your bets on how long they will last this time!