Selena Gomez Dating Justin Bieber: Biebs Calls Selena His Girl And Thinks They’ll Get Back Together! 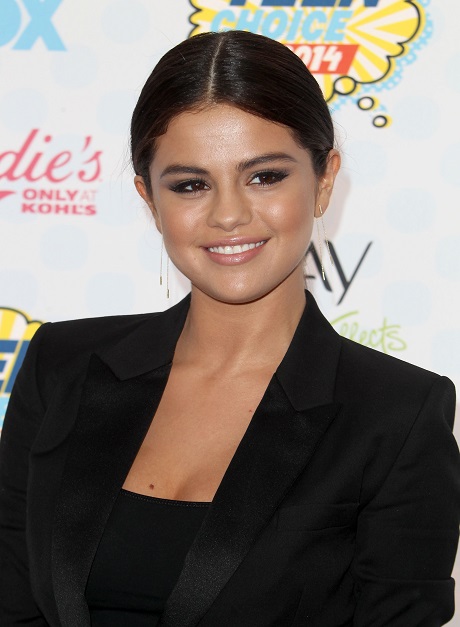 Justin Bieber is either extremely cocky or extremely delusional in regards to his relationship with Selena Gomez. Even now, he still refers to her as ‘his girl’, which is either sweet or completely misogynistic, depending on how you take it. But, after everything that happened, is he being delusional by believing that he and Selena will get back together? Or is he just looking at their history and drawing the most likely conclusion?

A source tells Hollywood Life, “He still calls Selena his girl, and thinks she’s going to come back to him eventually because their bond is unbreakable. He is a bit delusional since they are not even talking but then again, it’s happened before.”

Yeah, it’s a vicious cycle that never ends. Selena and Justin make up, Selena dumps her friends and family, she and Justin engage in a torrid romance, Selena goes off the rails, and then she comes to her senses and breaks up with Justin. She takes a while to recover, Justin tries making her jealous, but then she makes up with her friends and family.

Flash forward a few months later, and Selena and Justin once again reconnect, likely on Justin’s insistence. Justin finds a way to win her back, they start dating again, and the whole cycle repeats itself.

Right now, we’re in the stage of the cycle where Selena reunites with those close to her, a.k.a. Taylor Swift. Taylor hates Justin, so it makes sense that she avoided Selena while they were dating. But now that Selena and Justin are over, Taylor’s back in the picture. But if Selena decides to go back to Justin, you can bet that the aforementioned dumping will happen immediately.

What do you guys think? Will Justin and Selena get back together soon? Or will they stay apart this time? Let us know your thoughts in the comments below.