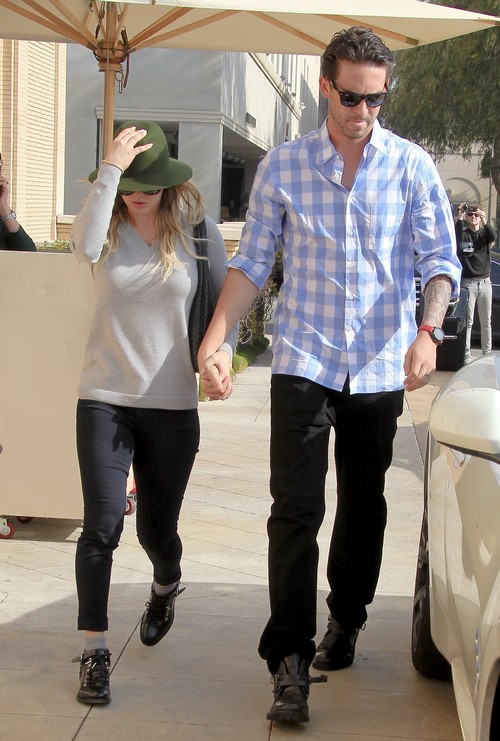 Newlywed Kaley Cuoco is determined to make her marriage to hubby tennis player, Ryan Sweeting, rock solid. Kaley is desperate to make this work. There were a lot of naysayers that attempted to talk some sense in her before rushing to tie the knot with Sweeting on New Year’s Eve, and she wants to prove them all wrong.

Kaley knows she is the obvious breadwinner in the relationship, so there was no doubt that she’d be plunking down the money for a new home. Kaley sealed the deal and purchased the home of doomed couple Khloe Kardashian and Lamar Odom for 5.4 million. It was first put on the market last year for 4 million. Kaley shouldn’t worry about Ryan escaping her desperate grasp for a man, he is becoming pretty comfortable as Mr. Cuoco. Kaley pays for everything and he knows that sweet deal will continue. After all, his earning for 2013 were under 25,000, compared to Kaley’s 325,000 per episode on The Big Bang Theory. Kaley must know she is going to need to be the sugar mama in this relationship as her and co-starts Jim Parsons and Johnny Galecki (who she secretly dated for two years), are all seeking 1 million per episode.

This is just the beginning, Kaley. I think Ryan is really getting used to be taken care of and attempted to prove his temporary loyalty by having your name tattooed on his arm. Throw some more money his way and I’m sure he’ll start looking a little less miserable in the pictures we see of you two together, as reported by TMZ. Look at it this way, at least you have the relationship you’ve been wanting so desperately…even if you have to pay for it.