Pregnant Kate Middleton Insulted by Camilla Parker-Bowles: Calls Princess Spoiled and Entitled for Getting House Calls from Her Doctors 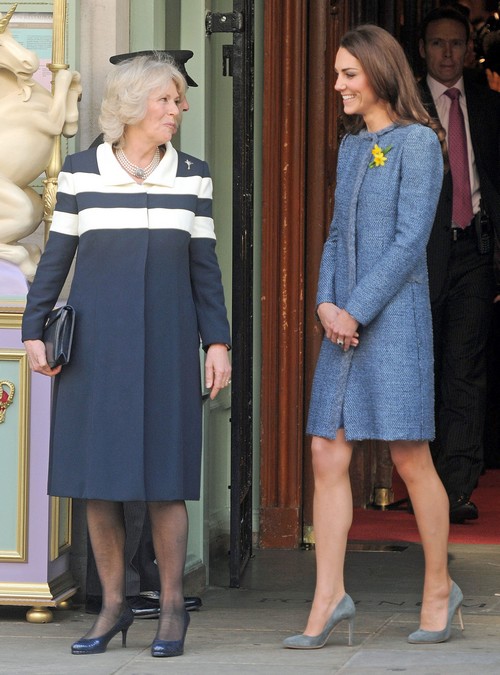 Prince William was forced to take Princess Kate’s place in Malta and made it clear that his pregnant wife was not feeling very well. Not to mention that her illness (and possible twin pregnancy) has caused her tremendous weight loss and malnutrition. According to reports, she’s been avoiding the hospital by getting personal house calls by her doctors at Kensington Palace, probably to avoid the media mess that happened last year. Unfortunately, some people don’t view her constant doctors on-call as a health necessity, and instead call it over-abusing her royal privileges. And by some people, I mean Camilla Parker-Bowles.

I mean, it’s not like Kate is carrying a potential heir to the throne or anything. Except, wait, she is! Of COURSE the royals are going to have the doctors on-call for her. Heck, they’ll give her an entire island if she wants one. Kate Middleton’s putting herself through this horrible illness again, and for what? To birth another royal into that already over-stuffed family. Sure, she had some idea of what she was signing up for when she married Prince William, but I don’t think she had any idea that it was going to be THIS bad. You don’t get a memo telling you that you’re going to get Hyperemesis Gravidarum before you get it – and yet, knowing full well that she was probably going to have it again, she went ahead with her second pregnancy. Like I said, the royals should be happy that she’s not demanding anything more than private doctors at her beck and call.