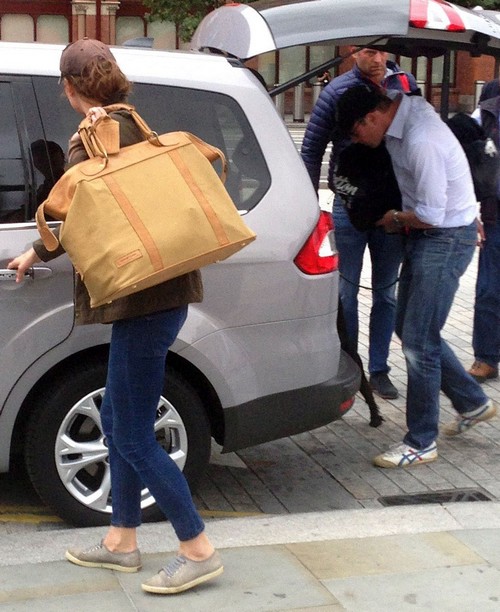 Kate Middleton is pregnant with her second baby, just as we’ve suspected for weeks. Clarence House confirmed the news this morning, although they refused to confirm the gender of the baby. However, they did mention that Kate is once again suffering from Hyperemesis Gravidarum, the same condition that she was dealing with during her pregnancy with Prince George.

The condition is basically a case of acute morning sickness, and it got so bad for Kate the first time that she had to be hospitalized. In fact, that was actually how the press managed to find out that Kate was pregnant with George, and I think Clarence released the news this morning so that it wouldn’t leak due to Kate’s health problems.

Now, Hyperemesis Gravidarum is a pretty rare condition, reportedly affecting only 3% of expectant mothers. It’s basically excessive vomiting, and it begins around the four to seven week mark, and ends around the fourteen or sixteen week mark. It’s an easily treatable condition, and the royals are sparing no expense in getting Kate the best medical care. In fact, the official statement from Clarence confirms that Kate is being treated by doctors at Kensington Palace, and it’s unlikely that she’ll suffer any severe consequences.

However, there is always the risk of miscarriage, however slight. Hyperemesis Gravidarum may affect only a small number of expectant pregnant mothers, but it does come with its share of health problems. It can cause severe weight loss and excess dehydration, not to mention a continuing build-up of toxins in the blood and/or urine. In that scenario, there are chances for Kate’s health to deteriorate even further, especially if she pushes her body past its physical boundaries. I don’t think the royals would ever take the chance of her losing the baby, but it’s not unheard of. Hopefully, Kate will just lie low and get the proper nutritional supplementation that she needs, but will she have to be hospitalized or can she stay at Kensington? That remains to be seen, but for now, Kate’s future public appearances are probably going to be cancelled.