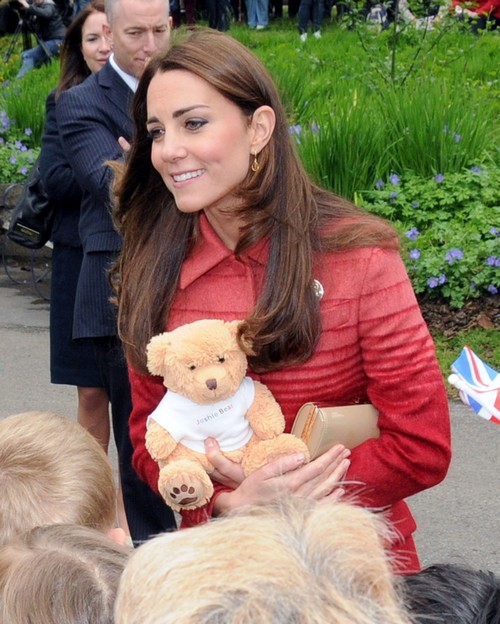 One month ago, Kate Middleton and Prince William were riding on the positive buzz from their tour, mostly thanks to Prince George. But Kate Middleton’s bare bum and the anti-gay Dorchester Hotel scandals have sadly overtaken all that positive buzz, which means the royals are now desperate for some PR control.

Honestly, their best option would be to trot out Prince George again, and I guarantee the world would forget about all these scandals – at least, for the day. But a longer term solution would be to announce that Kate Middleton was pregnant, which is why I suspect that all these pregnancy rumors aren’t just cooked up by the tabloids. It’s possible that the palace press office has decided that another pregnancy is the best way to guide the media away from obsessing over Kate’s exhibitionist ways and the royals’ connections to the Sultan of Brunei-owned Dorchester hotels. As we know, Kate was spotted attending a wedding at one of these hotels, which hasn’t gone over well with the public considering the Sultan’s anti-gay stance.

But if Kate were to announce that she was pregnant, all would be forgotten – and forgiven. The media is a fickle beast, and to tame a beast, you must give them what they want. And what the people are interested in right now is another pregnancy, which means that nothing would go over better with the public than a pregnancy announcement. Honestly, enough pregnancy rumors would probably do the trick as well, so don’t be surprised if we keep hearing about how Kate and Will are trying for another child right now, or are planning to announce another pregnancy over the summer. Baby watch is the best PR move there is, and celebrities prove that all the time.