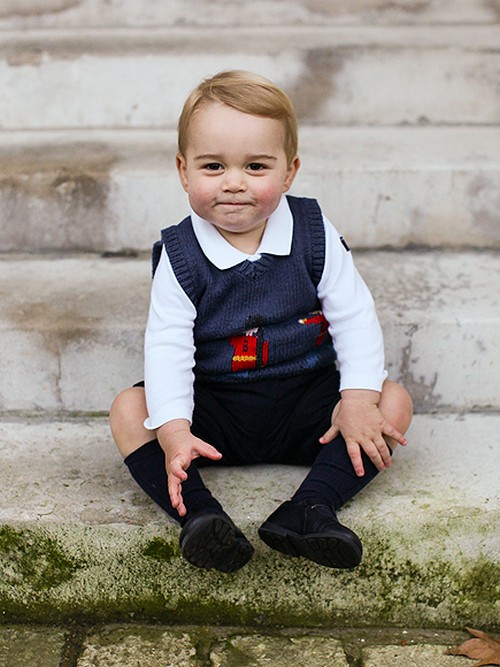 As always [or most of the time, rather], Prince George is grinning and smiling in the pictures, and the only difference is that he’s just a lot bigger now. He looks like a sturdy toddler, and he’s wearing a cute jumpsuit with a sweater vest and royal guards. Honestly, if an adult man [cough, Prince William, cough] wore this, I would be keeling over from the pretentiousness. But since it’s the adorable Prince George, all I want to do is transport myself into those pictures and give those chubby cheeks a squeeze.

The palace also released a statement along with the photos, writing, “The photos are grateful acknowledgment of the fact that their request for Prince George to grow up without intrusion from photography has been, and continues to be, honored.”

Well, by and large. But considering the hubbub that the royals cause every time they’re ever photographed outside of official events, I can imagine the UK press is kept on a pretty tight leash. While that’s great for the royals, it also means that our glimpses of Prince George are kept to few and far between.

What do you guys think about the royal portraits of Prince George? Love them? Want more? How do you think they compare to those photos of Prince William, Kate Middleton, and Prince Harry as children below? Let know your thoughts in the comments below. Do you see any resemblance between baby George and Winston Churchill or is it my imagination?