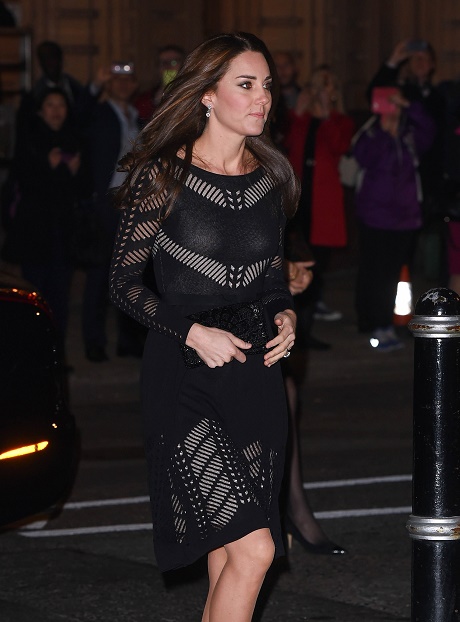 Kate Middleton and Prince William have been all smiles since announcing Kate’s pregnant with a second child. Even though the palace spokesperson allowed rumors to circulate that they’d be expecting twins prior to the official confirmation that Kate Middleton and Prince William were indeed expecting only another single royal child. We now are certain the royal couple will not be expecting twins. This was determined when Kate went to visit Dr. Farthing, the royal gyno, last week.

Even though the possibility of royal twins seems to have been taken off the table, people are still head-over-heels with excitement regarding the impending arrival of another royal child. It’s been speculated that Kate could be carrying a sweet baby girl — or boy; however, no official word regarding the sex of the baby has been released.

While a new little princess would probably delight the masses (what would they name her), and Kate Middleton, it would be cute for Prince George to end up with a little brother. Wouldn’t that add for some nice symmetry? Another generation of royal princes to, one day, raise some hell during tea time (and possibly, in their later years, Las Vegas) . . . how exciting would that be?

It’s a wonder how Kate Middleton continues to carry on her royal responsibilities in light of her ongoing battles with severe morning sickness. The Duchess of Cambridge recently showcased her pregnancy and her underwear with a wardrobe malfunction while welcoming the President of Singapore to The Royal Residences of Buckingham Palace Tuesday, October 21, followed by a solo appearance (is she fighting with Prince William) Thursday, October 23, at the Action on Addiction Charity Gala (photos below).

Do you think the palace spokespeople should do a much better job of dispelling rumors of any sort surrounding her pregnancy, or do you think instances of gossip (probably coming straight from palace staff) is simply inevitable?

Let us know what you think about the Kate Middleton Pregnancy in the comments section below. We’d love to hear from you!