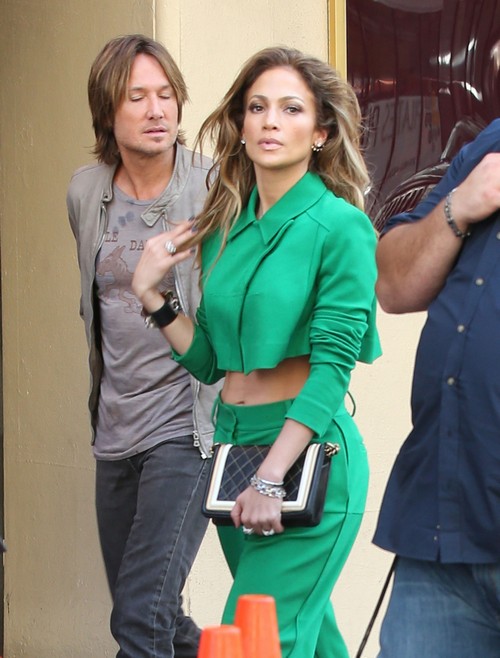 Rumors say that Keith Urban is partying like a wild man and will divorce Nicole Kidman – just how accurate is this news? Keith Urban and Nicole Kidman have been hard at work on their careers lately, but that also means that their marriage has been suffering. We’d heard that Nicole was sick of putting her career on the back burner while waiting at home with the kids, and we’d also heard that Keith was getting sick of Nicole’s endless reliance on plastic surgery. In case people haven’t noticed, Nicole Kidman has started to resemble the crypt keeper over the last few years, which is probably another reason that Keith spends so much time away.

However, a new report from The National Enquirer claims that Keith Urban’s wild past may be catching up to him. Even though Keith has been extremely open about his alcohol and drug use, he has largely stayed quiet on the topic of his womanizing. However, if any of those past affairs speak up now, Keith Urban’s already precarious marriage to Nicole Kidman will be in even more danger of toppling down. I mean, Nicole can probably handle Keith’s commitment to his career and him spending a lot of time away from home, but cheating? Even if the affairs had been in the past, it will undoubtedly put a strain on their marriage. Plus, there are some vague whispers that Keith has been taking advantage of all that time away from Nicole to, ahem, have some fun. Whether that’s true or not, there’s no denying that Nicole’s over-plasticized face can be off-putting. Either way, a divorce wouldn’t be too shocking.

What do you guys think? Will there be a Nicole Kidman/Keith Urban divorce in the next year or so? Let us know your thoughts in the comments below.